As India needs food subsidy reforms, Modi can take a cue from Vajpayee Strategic thinking about economic policies tells us that it is better to teach a person to fish than to give him a free fish every day.

Prime Minister Narendra Modi. AND ME

The publication of two documents, from the World Bank and the International Monetary Fund (IMF), respectively, has brought the debate on poverty back into the spotlight. The two newspapers have claimed that extreme poverty in India has substantially decreased. The World Bank document, using data from the Consumer Pyramid Household Survey (CPHS), has put it at 10.2 percent (2019). The IMF document, however, calculates poverty using the National Statistical Organization’s Survey of Consumer Expenditures as a basis and adjusting for the direct effect of the massive food grain subsidy provided under the National Food Security Act (NFSA). ) of 2013 and PM Garib Kalyan Anna Yojana (PMGKAY). ) during the pandemic period, and states that extreme poverty has almost disappeared at 0.77 percent (2019) and 0.86 percent (2020).

Another estimate of poverty by NITI Aayog, the Multidimensional Poverty Index (MPI), put poverty in India at 25% in 2015 based on data from the National Family Health Survey. This MPI is calculated using twelve key components from areas such as health and nutrition, education, and standard of living. For 2019-20, the MPI was expected to decline further as access to health, education, and other basic facilities improved significantly among the poor, especially after 2015.

It can be debated whether the $1.9 PPP poverty line is too low and should be revised upwards to $3.2 PPP. The IMF paper also reports poverty based on $3.2 PPP at 14.8 percent (2019), including food transfers, while the World Bank paper estimated it to be 44.9 percent. Regardless of whether extreme poverty is less than 1%, 10% or 25%, and whether food transfers played a positive role in reducing poverty, a fundamental question arises: Why is it still necessary to distribute food almost free to 800 million people in the name of food security? Is this a prudent policy or a policy of gifts for votes?

We know that grain extraction under NFSA in fiscal year 20 was 56.1 million metric tons (MMT). Following the Covid-19 outbreak, the government launched PMGKAY as a special Covid relief scheme in April 2020, to distribute 25kg of grain per family per month in addition to food transfers under NFSA. The plan was justified to help migrant workers. That catapulted extraction to 87.5 MMT (under PMGKAY and NFSA) in FY21. But despite the ebbing of Covid 19, the scheme continued in FY22 and grain extraction reached 93.2 MMT. And now, in FY23, when the economy largely recovered, no further extension of free food was required on top of NFSA appropriations. This will put pressure on the treasury, reduce public investments and possible job creation. The public grain management system is crying out for reform, and the time is right for the Modi government to fix it.

A look at the size of food gifts will help to understand the seriousness of this problem. On April 1, 2022, the Food Corporation of India (FCI) had stocks of wheat and rice at 74 MMT, against a regulatory stock norm of 21 MMT, implying an excess of 53 MMT. The economic cost of rice, according to the FCI, is Rs 37,267.6 per tonne, and that of wheat is Rs 12,6838.4 per tonne (2020-21), giving an excess stock value of Rs 1.85 trillion of rupees This is despite the fact that in FY21 and FY22, a total of 72.2 MMT of grain was distributed free under the PMGKAY. It’s just talking about a highly inefficient grain handling system.

All this results in a skyrocketing food subsidy, which soared to Rs 5.41 billion in FY21 as arrears from the FCI were also cleared. In FY2022, it was reduced to Rs 2.86 trillion, and in the Union budget for FY23, it is planned at Rs 2.06 trillion; but it is likely to exceed Rs 2.8 trillion with the continued distribution of free food under the PMGKAY. This would equate to more than 10 percent of the Center’s net tax revenue (after deducting the states’ share).

Given this level of gifts in a single item, the big question that arises is: Can this be a sustainable path to poverty alleviation? Strategic thinking about economic policy tells us that it is better to teach a person to fish than to give him a free fish every day. Crumbs cannot inspire a society for growth. It is even more important to change the current free food policy, especially given the massive leaks. According to the High Level Committee on the Restructuring of FCI, leaks exceeded 40% based on 2011 NSSO data. Reports on the ground suggest these leaks are still hovering around 30%.

In reforming this free food system, the wisdom lies in going back to the vision of Atal Bihari Vajpayee, who introduced the Antyodaya Anna Yojana (AAY), in which ‘antyodaya’ (poorest category) households get larger rations (35 kg per household). ) with a higher subsidy (say, rice at Rs 3/kg and wheat at Rs 2/kg). For families remaining below the poverty line (BPL), the price charged was 50 percent of the purchase price, and for families above the poverty line (APL), it was 90 percent of the purchase price. shopping. Although there might be some problems in identifying the poor, technology can help. This will make the PDS more specific and save cost. This must be combined with the option to receive cash instead of grain by selected beneficiaries. 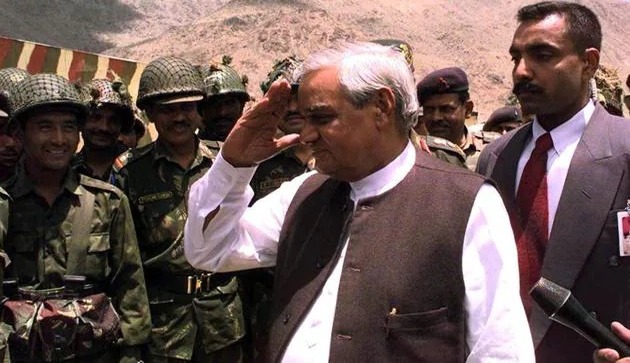 Indeed, Kargil calls for a celebration not only for winning a military conflict, but also for establishing Indian finesse in modern warfare and diplomacy. access point

The savings thus generated can be reinvested in investments in agricultural R&D, rural infrastructure (irrigation, roads, markets, etc.) and innovations, which will help create more jobs and reduce poverty in a sustainable way. Can the Modi government bite the bullet and emulate Vajpayee in making smarter use of scarce resources? Only time will tell.

Ashok Gulati is an Infosys Professor of Agriculture and Ritika Juneja is a consultant at Icrier. The opinions expressed are personal.