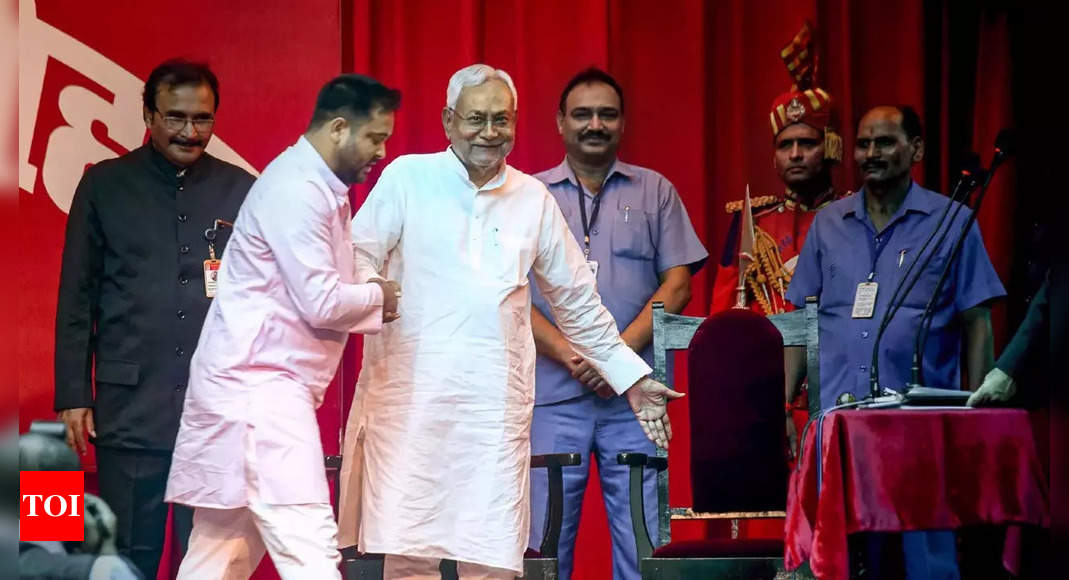 PATNA: Hosting a protest outside their party headquarters here on Wednesday, senior Bihar BJP officials expressed their fear that general misrule and ‘goondaraj’ will return to the state under the grand alliance (GA) government formed by a member of JD(U). nitish Kumar and R.J.D. Tejashwi Prasad Yadav .
BJP state chairman Sanjay Kumar Jaiswalwho led the protest, said that Nitish, by frequently changing sides to form his government, “has created such an image of himself that people no longer have faith in him.”
“Nitish and Tejashwi have come together only to serve their personal interests. Nitish believes that once Tejashwi and his entire family end up in jail, he will have unchecked personal rule in Bihar,” Jaiswal said, accusing Nitish of swallowing his words as he had assured BJP national chairman JP Nadda, that the saffron party and JD(U) will contest the 2024 parliamentary and 2025 state assembly elections together.
Union Minister Giriraj Singh, who was part of the protest, challenged Nitish to let JD(U) go to the polls alone. “The people of the state will show him their strength and also their true reach by rejecting him,” Singh said, adding that he joined an RJD that was “tainted by corruption, family rule and lawlessness.”
union minister Nityan and Rai he said people in the state had begun to have fears about the “return of terror and extortion.” He accused Nitish of showing more faith in Muslim support through RJD than in the “tiranga (national tricolor)”, while the priority before Prime Minister Narendra Modi was the “security of the citizens of the country and the protection of the borders of the country”, in addition to promoting and activating development.