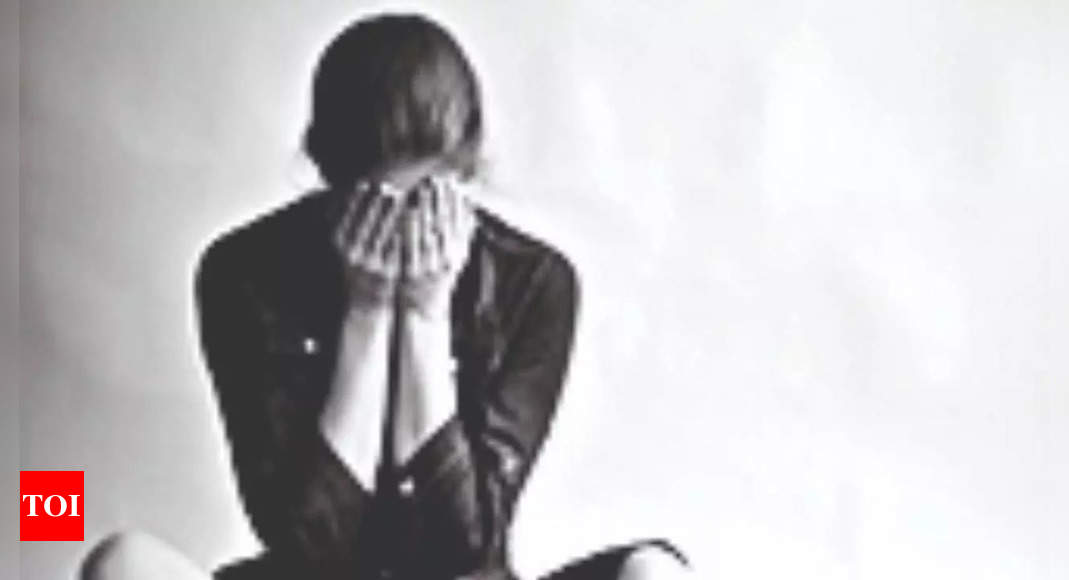 BIJNOR: A Bijnor-born woman living in New York since 2018 killed herself shortly after sending a heartbreaking video to her father in India saying she “could no longer take the daily beatings (at the hands of her husband).” Although the video was posted on August 1, the details of the sordid case are being revealed right now.
The woman, 32 years old. Mandeep Kaurhe also sent several videos to his family over a period of time, captured on CCTV, documenting the domestic violence to which she was subjected. A mother of two girls, she was allegedly tortured for “not being able to have a son” as well as for bringing an inadequate dowry.

In one of the unverified videos that was widely shared on social media, her husband, Ranjodhbeer Singh, can be seen beating her while their two young daughters cry in the background, yelling, “Daddy, na maro mumma nu (Daddy, please don’t hit Mommy).”
Kaur, in one of the final clips she sent to her family in India, said: “My husband repeatedly assaults me. He has illicit relationships with several women… (my father) had filed a police case against him in India. But he begged me and asked me to save him… and I did. At first, I thought he would make amends, but the atrocities kept increasing. I can’t take this anymore. I’m going to kill myself… Forgive me, daddy.”

The video sparked anger in both the United States and India. It was widely shared by the Kaur Movement, an organization that works for victims of sexual and domestic abuse, focusing primarily on the Sikh community. Soon, there were online campaigns seeking ‘Justice for Mandeep’ and the hashtag was trending on Twitter.

The tragic news of Mandeep Kaur’s suicide in New York due to domestic violence and abuse has left us all heartbroken. My prayer… https://t.co/e4DN8y4aWE

Kaur, who was from Taharpur village in Bijnor, and Singh, from neighboring Badiya, married in 2015 – both families are farmers – before moving to New York in 2018. Once there, Singh started a business. transportation in Richmond. Kaur lived there on a tourist visa; it is unclear what visa Singh had. He committed suicide on August 1 by hanging himself.
After the incident, Kaur’s family filed an FIR in Bijnor. SHO Ravindra Singh Verma said: “The police have registered a case against the defendant’s father-in-law, mother-in-law and brother-in-law under Sections 498A (cruelty), 306 (incitement to suicide), 323 (willfully causing harm), and 342 (confinement). undue) of the IPC and articles of the Dowry Prevention Law. The case was registered based on a complaint filed by the victim’s father.”
A separate case was filed against Singh in New York and he was arrested there. The complaint filed by Kaur’s father read: “Shortly after my daughter’s wedding, Ranjodhbeer and her family members started demanding Rs 25 lakh in dowry. When I failed to meet their demands, they started torturing my daughter. Talks were held several times to put things right, but the atrocities did not stop.”