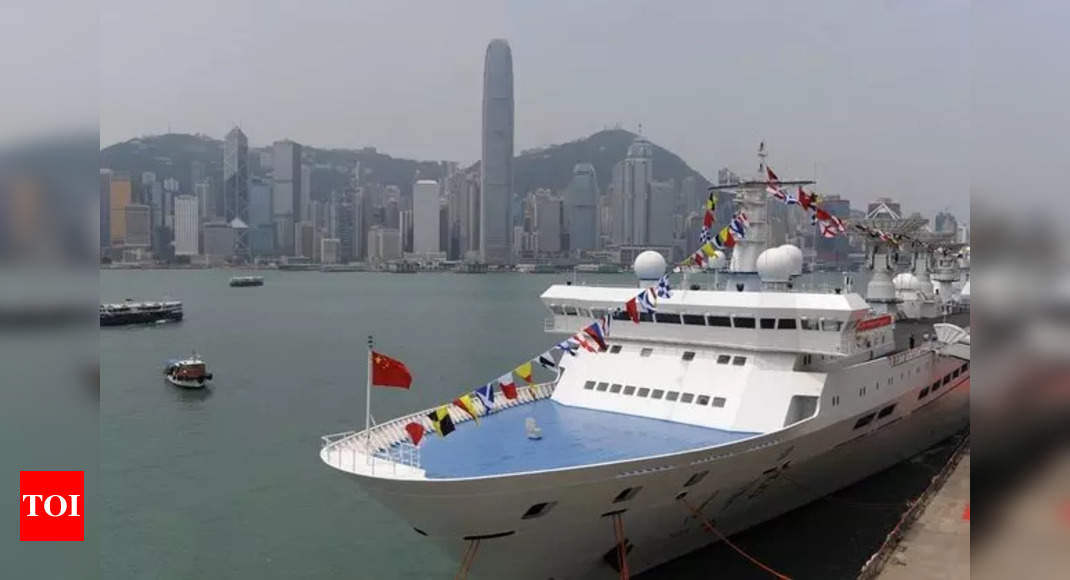 KARACHI: Sri Lanka has allowed Pakistan’s Chinese-built frigate warship PNS Taimur to make a port call on columbus while on his way to join the Pakistan Navy here on August 15 after the Bangladeshi government denied him permission to dock at Chattogram port.
The docking of the Chinese-made Pakistani warship in the Sri Lankan port came days after Colombo urged Beijing to postpone a visit by a Chinese research vessel to the strategic port of Hambantota after India raised security concerns.
The warship was due to anchor off Chattogram Harbor from August 7 to 10 on its voyage from Shanghai to Karachi. Sheikh Hasina’s government in Bangladesh denied PNS Taimur permission as August is a month of mourning for Prime Minister Sheikh Hasina, whose father, Sheikh Mujib-ur-Rehman, was assassinated on August 15, 1975.
“The warship that is equipped with laser-guided missiles is now anchored in the port of Colombo after permission was given by the Sri Lankan government,” an official said.
“It will now depart from Colombo port on August 12 for Karachi,” he said.
PNS Taimur, which was built at China’s Dong Port in Shanghai and is expected to arrive in Karachi on August 15. The warship also participated in exercises in Malaysia and Cambodia along its journey to Karachi.
This ship was commissioned by the Pakistan Navy from Hudong Zhonghua (HZ) Shipyard, China, the Pakistan Navy said on June 23. PNS Taimur is the second ship of four Type 054 A/P Frigates built for the Pakistan Navy.
The first 054 A/P PNS TUGHRIL frigate joined the PN fleet in January 2022, while two other frigates of the same class are currently under construction in China, Sri Lanka’s Ceylon Today reported.
PNS Taimur is a technologically advanced and highly capable maritime asset that has high-tech weapons and sensors, the latest electronic warfare and combat management system to fight in multi-threat environments, he said.

India will not be an ally of US, it will be another great power: WH official