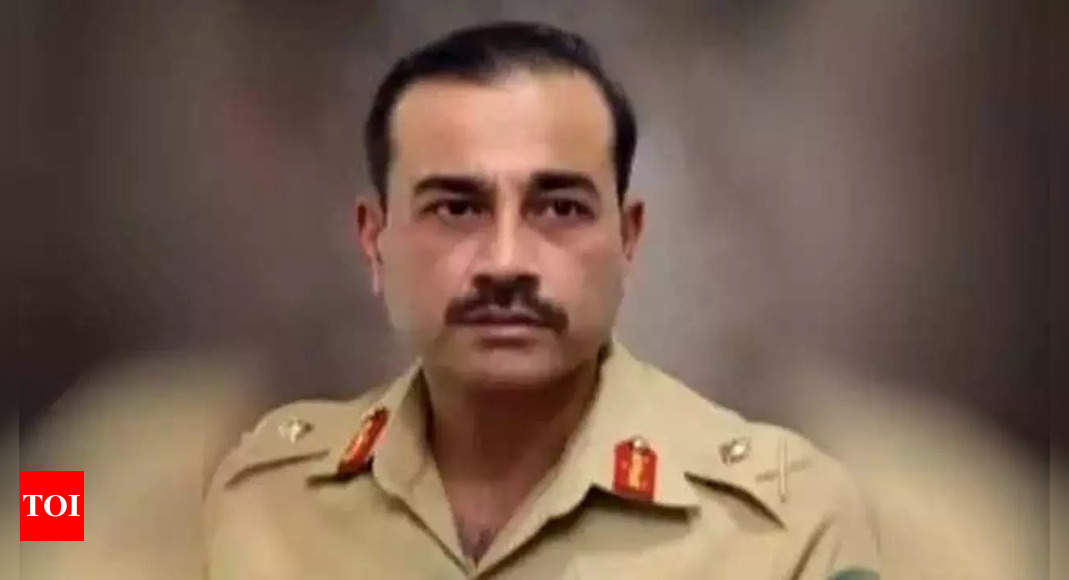 ISLAMABAD: Former isi chief lieutenant general Asim Munir He will be Pakistan’s next army chief, Prime Minister Shehbaz Sharif announced Thursday, ending weeks of speculation about who will succeed General Qamar Javed Bajwa in a post considered the most powerful in the country.
The appointment was ratified by President Dr. Arif Alvi, whose approval came amid speculation that he might not sign it or delay the process because he belongs to the opposition Pakistan Tehreek-e-Insaf (PTI), led by former Prime Minister Imran. . Khan.
Defense Minister Khwaja Muhammad Asif said: “The president has signed the summary (sent by the government).” Calling the presidential nod a good omen, he said: “The army chief appointment process had caused riots in the country, but the matter is now settled.”
Munir takes over after Bajwa’s retirement on November 29. Bajwa commanded the army for six years, twice the length normally reserved for the position.

Munir’s term as army chief of staff begins at a time when Pakistan faces a crippling economy and other challenges. His appointment coincides with a dispute between the military and former prime minister Khan, who blames the military and the US for playing a role in his ouster in April.
Khan had removed munir as head of ISI when he was PM. Munir is currently stationed at the army headquarters in Rawalpindi as the quartermaster general in charge of supplies for the entire army.
Khan had accused the government of trying to pick a favorite. Supporters of him had alleged that three-time prime minister Nawaz Sharif, brother of the current prime minister, was in the lead in choosing a new army chief. The government responded that Khan was trying to gain political advantage from the appointment.
Prime Minister Sharif chose Munir from a list of six senior generals sent by the Defense Ministry on Wednesday. He also appointed Lt. Gen. Sahir Shamshad Mirza, the second-ranking general, as chairman of the Joint Chiefs of Staff Committee (JCSC), an inter-service forum that coordinates the three armed forces.
However, both appointments were contingent on President Alvi’s approval. He landed in Lahore to meet his party chief, Khan, after receiving the government’s brief on both nominations for two prominent military posts.
The party said briefly that Khan and Alvi had discussed the appointment of the army chief and that everything will be done in accordance with the law and the constitution.
The Constitution allows the president to delay the appointment of a new head of the army for 25 days.
In such a scenario, the government had planned to appoint Munir as the army’s deputy chief of staff. Alvi’s approval will not have been required to do this. The government also thought of promoting the lieutenant general to full general to extend the term of the officer whose retirement is just around the corner. Munir’s retirement expires on November 27, two days before Bajwa’s.
The military has historically been known as the main driver of Pakistan’s domestic and foreign policy. Political experts said Munir’s appointment could have a bearing on Pakistan’s fragile democracy, its relations with neighboring India and Taliban-ruled Afghanistan, as well as policies and commitments to China and the United States.