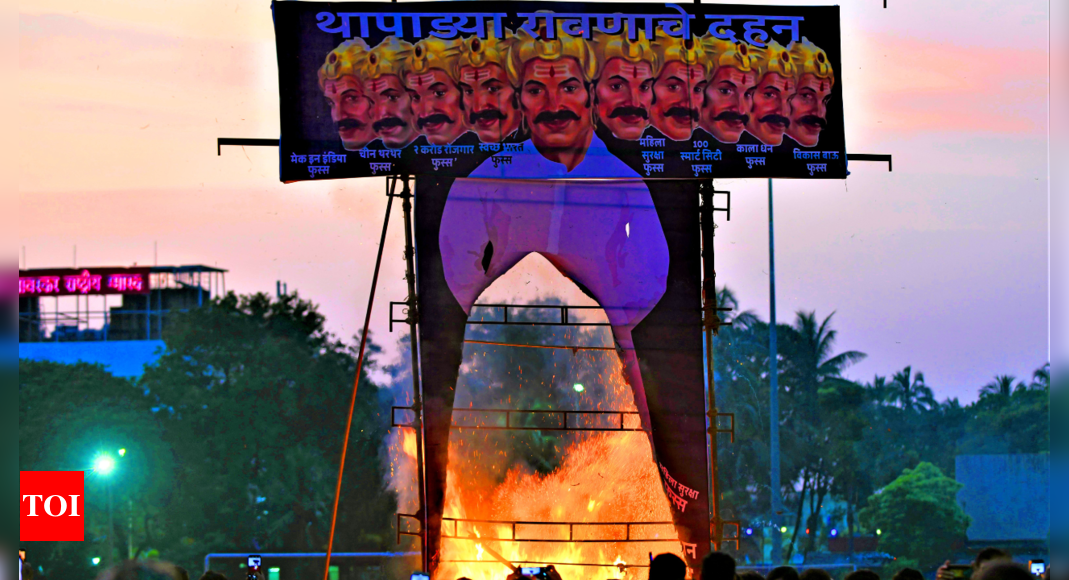 MUMBAI: With the request of the Shiv Sena to hold its annual Dussehra rally in Shivaji Park pending against BMC for a month, the party has made a strong pitch against Bombay HC to strengthen its case. The party has held the rally at Shivaji Park since 1966, it told the Mumbai high court on Wednesday, while urging it to order civic authorities to immediately grant permission for the event.
“There is no reason why BMC should not assent. The request must be decided immediately,” his defense attorney Joel Carlos told judges Ramesh Dhanuka and Kamal Khata when mentioning the matter to seek a hearing. The judges have set a date for Thursday.
According to the petition, Shiv Sena was formed as a party in 1966 and registered on October 19, 1989. In 1966, the founder, “Mr. Bal Thackeray, thought it appropriate to organize a public meeting or demonstration to inform the people of Maharashtra about the future aims and policies of the party.” On October 20, 1966, Sena’s first Dussehra Melawa was held at Dussehra in Shivaji Park. Since then it has been held every year.
“The Dussehra and Shastra Puja Rally conducted by Sena has become an integral part of the Dussehra celebrations by thousands of workers, all of whom, without fail, converge on Shivaji Park on this auspicious day to hear the party chief” , said.
Demonstrations and functions at the venue have been restricted since August 2010 when the HC, acting in a PIL, banned non-athletic activities except in special circumstances. The state government issued a government resolution on January 20, 2016, allowing a 45-day exemption when non-sports activities can take place and includes Dussehra Melawa, according to the petition.
He said that since this notification, BMC has been issuing permits every year. During 2020 and 2021 the rally was not held due to Covid-19 restrictions. This year, the party had applied to BMC on August 22 and 26. “However, even though more than 20 days have elapsed, the respondents (BMC) have not responded and given the usual permission,” he said.
He also said that party members from all over the state come to Shivaji Park for the rally “without any invitation and without any formal announcement.”