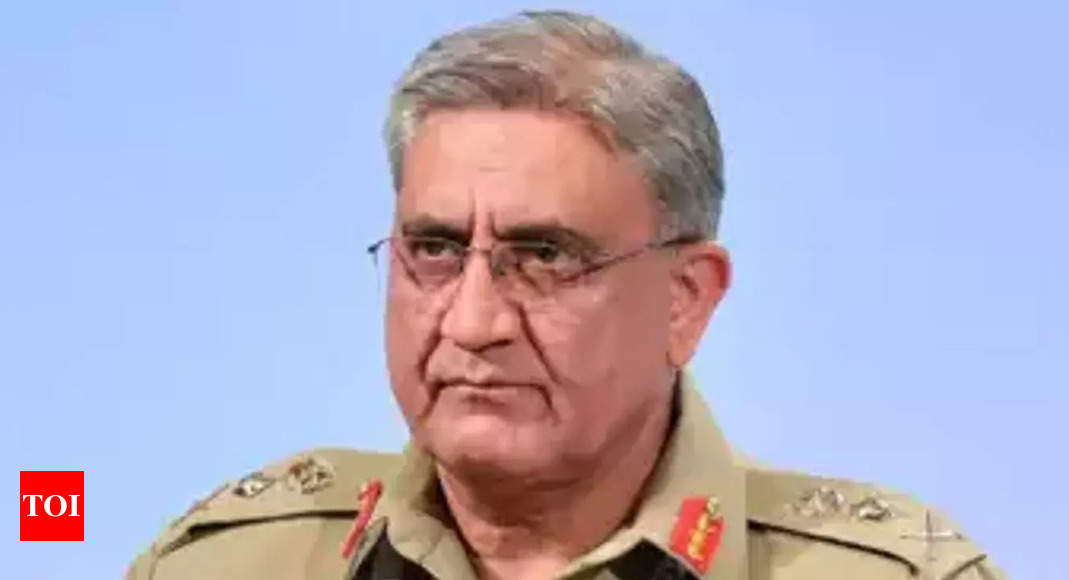 ISLAMABAD: outgoing Pakistan army boss Gene Qamar Javed Bajwa on Wednesday lashed out at the “antimilitarist narrative” of a section of the people and the political elite, wondering aloud why the army of neighboring India is “rarely the target” of similar criticism from within the country despite of his record of “human rights violations”. .
Possibly in his last public speech as army chief of staff before retiring on November 29, Gene Bajwa He said: “Our army, which serves the nation day and night, is often the subject of criticism. One of the main reasons for this is the army’s interference in politics for the past 70 years, which is unconstitutional.”
The general stated that under his command, the army made a conscious decision to move away from that template. “For this reason, in February of last year, the Army decided not to interfere in any political issue. I assure you that we are firm on this and we will continue to be so,” he said.
General Bajwa lamented that, instead of welcoming the military’s decision, “many quarters used very inappropriate and undignified language and made the army the target of severe criticism.”
In a veiled reference to former Prime Minister Imran Khan, the army chief said “a false and false narrative was concocted to instill a state of chaos in the country” and create “an escape route” from this.
Dismissing Imran’s claim of a “foreign conspiracy” behind the mistrust move that led to his removal, General Bajwa said that if a “regime change operation” had been carried out at the behest of outside forces, the army would not have been inactive.
“The Pakistan Army has enough opportunities and resources to respond to such propaganda, however, it showed courage in the interest of the country and refrained from making any negative statements,” he said during the Defense and Martyrs Day ceremony at the headquarters. of the army in Rawalpindi.
Gen Bajwa said he wanted to “move forward by putting aside this inappropriate and offensive behavior against me and the army.” He urged political actors to drop labels like “imported” (what the opposition calls the government of Shehbaz Sharif) and “selected” (how the opposition described the former government of Imran Khan) for the good of the country.