‘India has potential to have hundreds of space entrepreneurs’: Minister Chandrasekhar 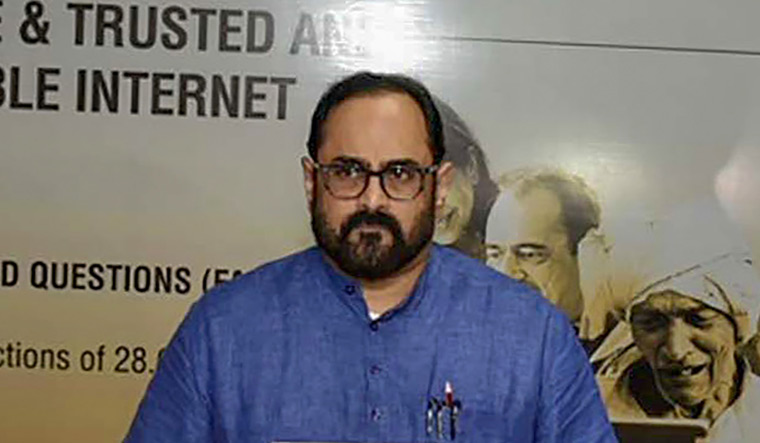 India has the potential to have many hundreds of space entrepreneurs and India’s future will be written by young Indians, said Rajeev Chandrasekhar, MoS of Electronics and IT, and Skills Development and Entrepreneurship.

Speaking at the Development of Space Start-up Ecosystem in India (DeSSEI) conference in Bengaluru, Chandrasekhar said there are various technologies such as launch vehicle technology and other allied technologies in the space ecosystem that require innovation and entrepreneurship in the coming years. years in the country.

The conference was organized by the Astronautical Society of India (ASI) in association with ISRO, New Space India Limited (NSIL), the Indian National Space Promotion and Authorization Center (IN-SPACe) and DRDO. The minister encouraged new companies and industries to make the best use of the environment created by the Union government and take advantage of the technological base already established in the country. Stating that now is the most critical phase in the development of Atma Nirbhar Bharat, he encouraged startups to catalyze entrepreneurship and innovation.

S. Somanath, Secretary of the Department of Space and Chairman of ISRO, and Chairman of ASI, said that India is a leading nation in space activities today, having built its own launch vehicles, satellites and various applications. “We have built a lot of indigenous content in all of them. Now we have to find markets for what we do here and also provide opportunities for young people to come in and be part of the space ecosystem. We have seen the growth of space startup in India and they are trying to see the problems and the solutions in a different way. At the same time, we are not trying to dictate or direct them, but we must allow free thinking and entrepreneurship among space startups in India. We have IN-SPACe to help all the startups,” he said.

Somanath said he was sure that the new space companies will come up with unique solutions to address the country’s problems. “It will not come just by building fantastic rockets, but by creating solutions that the world can look forward to. For example, there could be solutions that can help make the Internet available to everyone, how IoT and 5G can merge with space technology, and how an individual’s daily life can be connected to the information superhighway. There are many complex technologies being developed around Gaganyaan such as human spaceflight that requires a lot of development testing. On a daily basis, a test for the Gaganyaan project is being carried out,” he said.

Pawan Kumar Goenka, President of IN-SPACEe, recalled the efforts being made at the government level to expand the participation of the private sector in the space industry. He shared the priorities of private companies in terms of financial viability and urged start-ups to prepare and rise to the challenge.

During a session titled “Decadal Vision and Strategy for the Indian Space Sector (2022-2032)”, Victor Joseph, Associate Science Secretary of ISRO, noted that the space economy is growing at a fast pace and is expected to be around $ 800 billion. by 2035 and reach $1.5 trillion by 2047. “As a space nation, we’re looking at a 50 percent share of that. Our goal is to make India a global space marketing hub by 2047, which will also mark the completion of 100 years of our independence. India’s space policy is being prepared, which will make it easier to do business. The objective will be to have a single window authorization and to develop standards and best practices. 90 percent of the space economy revolves around the application side,” he said.

Read More: ‘India has potential to have hundreds of space entrepreneurs’: Minister Chandrasekhar