Is the current phase of layoffs at start-ups temporary? 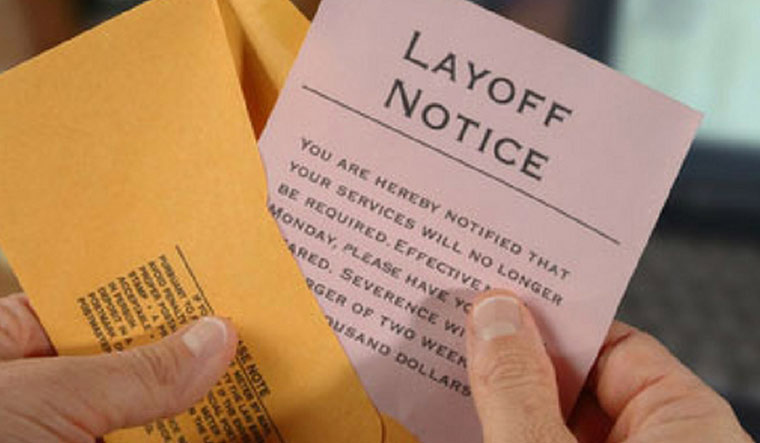 The current phase of layoffs and underfunding at startups in India is expected to be a temporary phase and indeed there could be a surge in demand for talent as the situation improves. Experts THE WEEK spoke to are of the opinion that with the expected growth in the Indian economy over the next few quarters, startups are also expected to see an uptick in their business. Hiring is expected to outnumber firings.

Experts believe that startups that are forward-looking and can adapt to dynamic markets are much more effective at growing without laying off workers. While job security itself is subject to internal environmental factors, such as the success of the start-up itself, from an overall employment perspective the current wave of layoffs and underfunding appears to be, at best, , temporary. This is because, as the startup ecosystem in India matures, they will not need to resort to such measures.

“Currently, the trend right now is a valuation game, with cost optimization following fundraising. In the short term, we will see a surge in demand for talent, and in terms of job opportunities, startup hires are occurring at the same or greater momentum than current layoffs, so this shouldn’t be a problem at all. long term. Funding shortages are also something that will not persist or affect the ecosystem in the long term as immediate environmental factors subside,” said CS Murali, Chairman of the Entrepreneurship Cell, SID, at the Indian Institute of Sciences (IISc).

Experts agree that while companies hired aggressively at the start of the pandemic, they later failed to manage their workforce capital, leading to inflated spending and a cash burn, and the current inflationary environment adds to shortage of funds. The answer for some startups was to fire people.

“Indian startups are now looking to streamline operations, streamline departments, consolidate departments and re-size teams to use capital more effectively. However, these are more emerging trends that are not successful in managing their track and have to tread carefully to grow the business. During a funding crisis, companies tend to offer more security as they have exit packages and can always adjust resources in other departments,” Murali said.

Market analysts point out that high hiring followed by layoffs is cyclical in nature, just like the nature of the economy. “Today’s layoffs will lead to a blistering pace of growth in the near future. So I wouldn’t worry too much as there is a course correction taking place right now. I would call it proper sizing and not downsizing. This will last for a few quarters, and in a post-pandemic world, growth will return in many sectors of the economy, boosting demand. This will lead to more revenue growth and therefore more hiring to manage the growth. One has to be patient and wait and also add more skills during the recession. I am very optimistic that the situation will stabilize next year as startups will focus on profitability and be realistic about hyper-growth,” said Professor Dwarika Prasad Uniyal, Pro-Vice-Chancellor (Development and Leadership) and Founding Dean, Faculty of Economics and Finance, RV University.

Market analysts further believe that an investment boom for Indian startups has inevitably ended in a medium-term consolidation phase. The slowdown in the economy has further stifled investment momentum. Aside from the startup having progressed to a solid revenue base, it will be a long winter to attract new investment, but it will get better eventually.

“The real challenge, as can be construed from the list of some of the top startups, is that despite having been privately funded for so long, some of the big names still don’t have sustainable visibility on the market. the path to profit. . If listed startups cannot generate sustainable profits, by logic, what are the chances that work-in-progress startups can generate green money,” said Alok Shende of Mumbai-based Ascentius Consulting. .

“Amidst the panic of an economic decline, the Indian startup had been molded to a post-pandemic world. With over thousands of employees laid off from various startups, it has created an air of concern among various stakeholders invested in the startup ecosystem,” said KR Sekar, president of BCIC and partner at Deloitte.

“Start-ups are very challenging and dynamic by nature, due to this unstable nature, the fall in cash flows generates layoffs, unlike large companies and corporations, where they weigh a lot, since they can always adjust their resources with other departments or compensate with a useful compensation. packages The security of working in a start-up also depends on the person and their individual goals. Post-pandemic, the market has always been in a volatile state that has allowed professionals to understand and anticipate the future of their careers. Expecting to hold on to a start-up job despite the recent turn of events will be tantamount to failing to learn the lessons of the pandemic,” he said.

“Returns on buyer retention, tax expansions and low investment have driven up costs. As these startups continue to chase profitability, as is the case, this trend is likely to continue in the coming quarter as well.”

Read More: Is the current phase of layoffs at start-ups temporary?