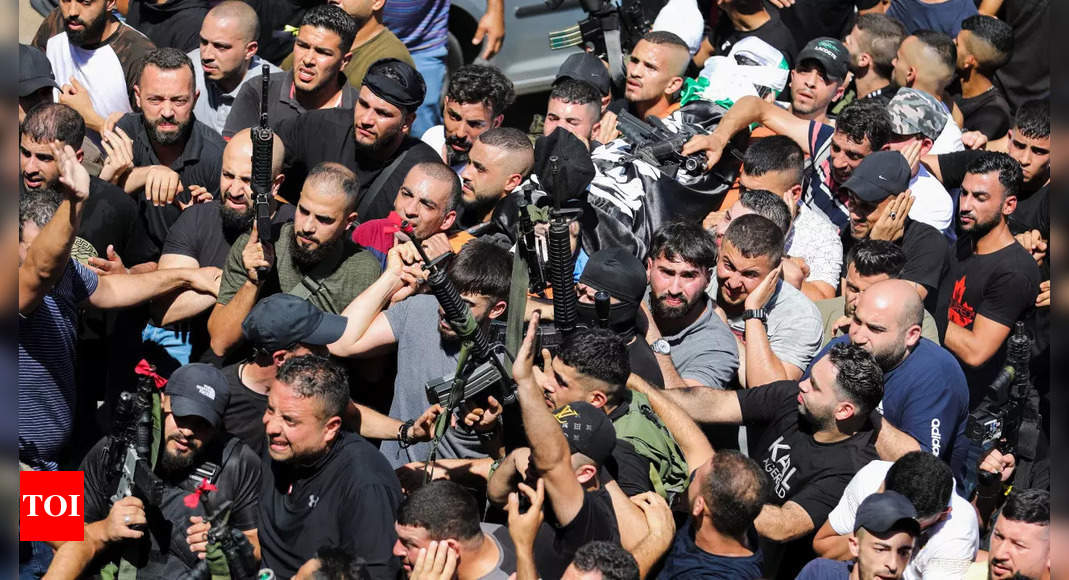 JERUSALEM: Israeli troops killed two Palestinian gunmen in a shootout Tuesday during an arrest operation in the occupied West Bank city of Nablus, police said.
Palestinian health officials said one person was killed and at least 40 wounded in the shooting, a day after a ceasefire ended three days of clashes between Israel and Palestinians. Palestinian Islamic Jihad militant group in the Gaza Strip.
Israeli police said forces surrounded the home of Ibrahim al-Nabulsi, who they say was wanted for a series of shootings in the West Bank earlier this year. They said al-Nabulsi and another Palestinian militant were killed in a shootout at the scene, and troops found weapons and explosives in his home.
Israel has carried out near-night arrests in the West Bank in recent months as part of a crackdown on Palestinian militant groups, mainly Islamic Jihad, following a series of deadly attacks on Israelis earlier this year that left 19 people dead. Dozens of Palestinians have been killed in clashes with Israeli troops during these detention raids.
Last week, Israel arrested Bassam al-Saadi, a senior Islamic Jihad militant in the West Bank city of Jenin, during one of the night operations. The group said it was “on alert” and on Friday Israel said it had launched a series of strikes against Islamic Jihad targets in the Gaza Strip in response to an “imminent threat” from the militant group.
During the three days of clashes in Gaza, at least 46 Palestinians were killed, including 16 children and four women, and 311 were injured, the palestinian ministry of health said. Twelve of the dead were Islamic Jihad militants, one belonged to a smaller armed group and two were Hamas-affiliated policemen who were not involved in the fighting, according to the armed factions.
Israel estimated that a total of 47 Palestinians were killed, including 14 killed by missed Islamic Jihad rockets. He said that 20 militants and seven civilians were killed in the Israeli airstrikes and that he was still investigating six deaths.
Israel captured the West Bank in the 1967 Middle East war and the Palestinians seek it as the heart of their future state. Israel regards the West Bank as the biblical and historical heartland of the Jewish people and has built dozens of settlements, which are now home to more than 400,000 Israelis.
Palestinians and much of the international community view Israel’s settlements in the West Bank as a violation of international law and an obstacle to a peaceful resolution of the decades-old conflict.