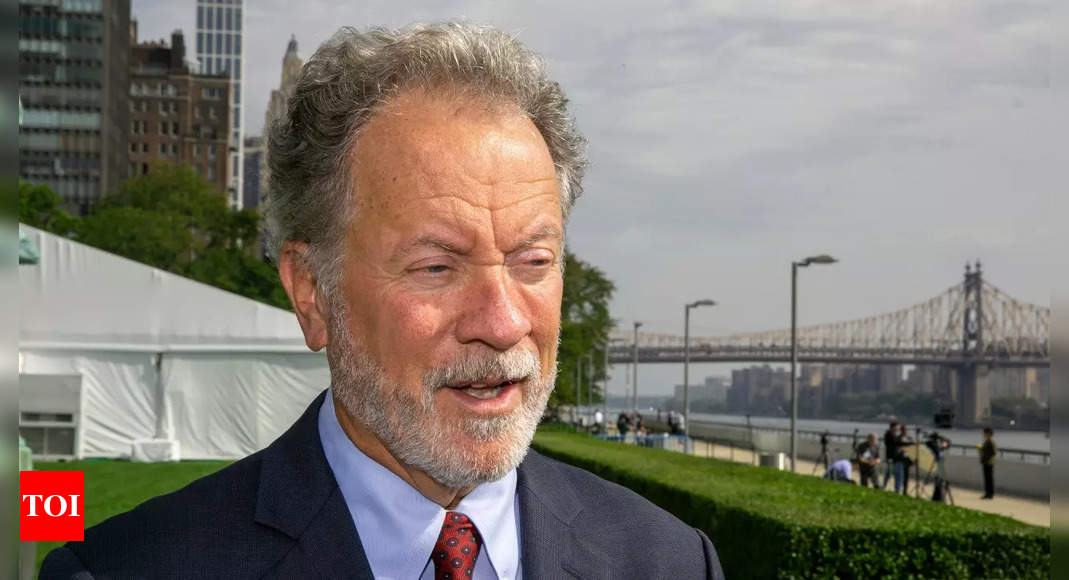 UNITED NATIONS: The UN food chief warned Thursday that the world is facing “a perfect storm on top of a perfect storm” and urged donors, particularly Gulf nations and billionaires, to give a few days of profits to address a crisis with the supply of fertilizers. right now and avoid widespread food shortages next year.
“Otherwise there will be chaos all over the world,” World Food Program Executive Director David Beasley said in an interview with the Associated Press.
Beasley said that when he took the helm of the WFP five and a half years ago, only 80 million people worldwide were headed for starvation. “And I’m thinking, ‘Well, I can put the World Food Program out of business,’” he said.
But weather problems pushed that number up to 135 million. The COVID-19 pandemic, which began in early 2020, has doubled that to 276 million people not knowing where their next meal would come from. Finally, Russia invaded Ukraine on February 24, triggering a war and a food, fertilizer and energy crisis that raised the figure to 345 million.
“Within that there are 50 million people in 45 countries knocking on the door of famine,” Beasley said. “If we don’t reach these people, there will be famine, starvation, destabilization of nations unlike what we saw in 2007-2008 and 2011, and there will be mass migration.”
“We have to respond now.”
Beasley has been meeting with world leaders and speaking at events throughout this week’s conference. general Assembly Meeting of leaders to alert about the food crisis.
General Assembly President Csaba Korosi noted in his opening remarks on Tuesday that “it seems that we live in a permanent state of humanitarian emergency.” UN Secretary-General Antonio Guterres warned that conflicts and humanitarian crises are spreading and that the gap in humanitarian appeals amounts to 32 billion dollars, “the widest gap in history.”
This year, Beasley said, the war shut down grain shipments from Ukraine, a nation that produces enough food to feed 400 million people, and slashed shipments from Russia, the world’s second-largest fertilizer exporter and a major producer. food.
Beasley said donor fatigue often undermines aid, particularly in crisis countries like Haiti. Inflation is also a serious problem, raising prices and hitting poor people who have no ability to survive because COVID-19 “just devastated them economically.”
So mothers, she said, are forced to decide: do they buy cooking oil and feed it to their children, or do they buy heating oil so they don’t freeze? Because there is not enough money to buy both.
“It’s a perfect storm on top of a perfect storm,” Beasley said. “And with the fertilizer crisis that we’re facing right now, with the droughts, we’re going to be facing a food price problem in 2022. This created havoc all over the world.”
“If we don’t fix this quickly, and I don’t mean next year, I mean this year, you’re going to have a food availability problem in 2023,” he said. “And that will be hell.”
Beasley explained that the world now produces enough food to feed more than 7.7 billion people in the world, but 50% of that food is because farmers used fertilizers. They can’t get those high returns without it. China, the world’s leading fertilizer producer, has banned its export; Russia, which is number two, is struggling to bring it to world markets.
“We have to move those fertilizers, and we have to move them quickly,” he said. “Asian rice production is in a critical state right now. The seeds are in the ground.”
In Africa, 33 million small farms feed more than 70% of the population, and right now “we are several billion dollars short of what we need in fertilizer.” drought “I could go on and on,” she said.
He said the July deal to ship Ukrainian grain from three Black Sea ports is a start, but “we have to move the grain, we have to get the fertilizer out for everyone, and we have to end the wars. .”
Beasley said the United States has contributed an additional $5 billion for food security, with Germany, France and the European Union also increasing. But he called on the Gulf states to “step up more” with oil prices so high, particularly to help countries in his region such as Yemen, Syria, Afghanistan and Somalia.
“We’re not talking about asking for a trillion dollars here,” Beasley said. “We’re just talking about asking for a few days’ worth of your earnings to stabilize the world,” he said.
The WFP chief said he also met with a group of billionaires on Wednesday night. He said he told them they had “a moral obligation” and “need to be concerned.”
“Even if you don’t give it to me, even if you don’t give it to the World Food Program, it’s in the game. Get in the game of loving your neighbor and helping your neighbor,” Beasley said. “People are suffering and dying all over the world. When a child dies every five seconds of hunger, what a shame for us.”