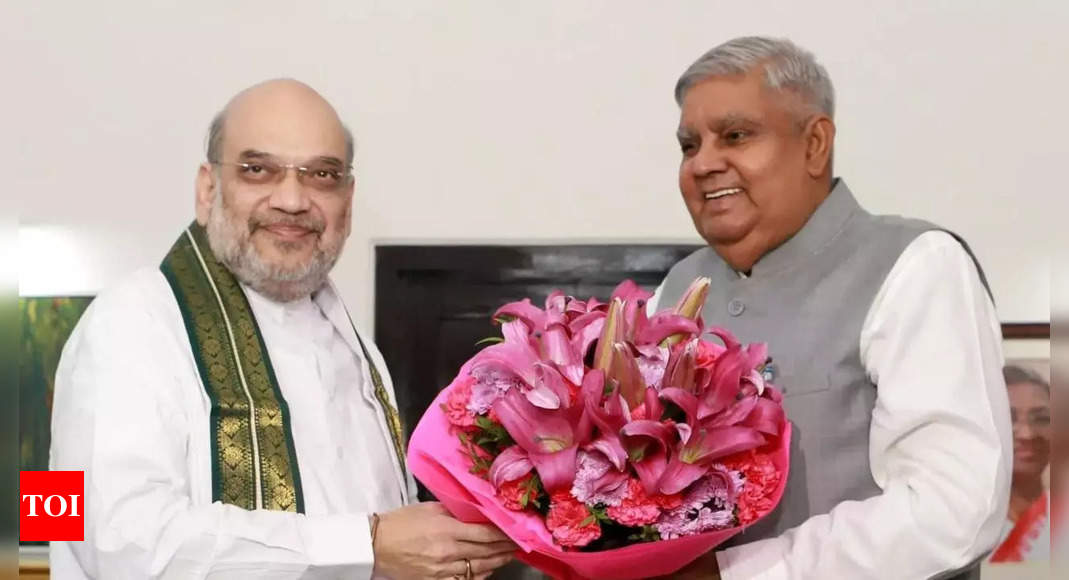 NEW DELHI: Prime Minister Narendra Modi praised the election of Jagdeep Dhankhar as vice president as a proud moment for India to have a “kisan putra” in high constitutional office at a time when the country is about to celebrate 75 years of independence. President Droupadi Murmu, Home Minister Amit Shah and leaders from across the political spectrum congratulated Dhankhar in his victory.
Modi, who was the first to cast his vote on Saturday, called Dhankhar shortly after the results were announced. “Congratulations to Shri Jagdeep Dhankhar ji on being elected Vice President of India with resounding support across parties. I am sure he will be an outstanding Vice President. Our nation will greatly benefit from his intellect and wisdom,” he said. . “At a time when India marks Azadi Ka Amrit Mahotsav, we are proud to have a vice president of kisan putra who has excellent legal knowledge and intellectual prowess.”
“Congratulations to Jagdeep Dhankhar on being elected Vice President. The nation will benefit from his long and rich experience in public life. Best wishes for a productive and successful term,” said President Droupadi Murmu. Vice President M Venkaiah Naidu also spoke with Dhankhar by phone and congratulated him.
Shah said: “Congratulations to Kisan Putra Jagdeep Dhankhar ji on being elected Vice President, which is a joyous occasion for the country. He has been continuously associated with the common man in his long public life. The Upper House will benefit from his close understanding and experience of ground-level issues. He said that he was confident that, as Vice President and President of the Rajya Sabha, Dhankhar would prove to be the true guardian of the Constitution.
Congress Chief Sonia Gandhi, party MP Rahul Gandhi and some opposition leaders congratulated Dhankhar. “Congratulations to Shri Jagdeep Dhankhar ji for being elected as India’s 14th Vice President… Thanks to Smt @alva_margaret ji for representing the spirit of joint opposition with grace and dignity,” Rahul tweeted.