Mumbai Metro Line 3: Everything you need to know 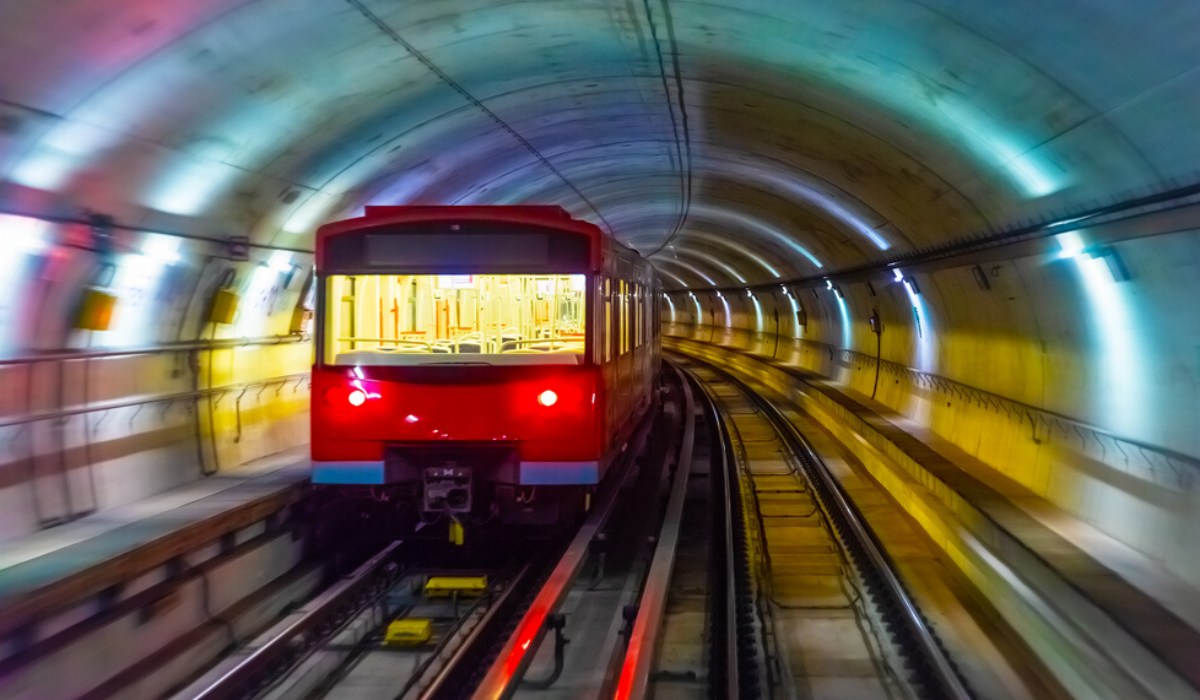 The Colaba Bandra Seepz metro, also called Mumbai metro line 3, is an ongoing project being implemented by the Mumbai Metro Rail Corporation Limited (MMRCL). When completed, the 33.5-km-long Mumbai metro line 3 will be the first underground metro line in Mumbai, with 27 stations. Presently, of the 33 km underground tunnel, only 1.5km remains to be done.

According to an Indian express report, the Mumbai Metro Rail Corporation Limited (MMRCL) aims to finish work of Phase 1 of the Mumbai Metro line 3 from Bandra to Seepz by January 2024. Post that another 6 months is set before operations of the phase 1 can start, provided the metro car shed land issue is sorted in the next three months. Also, reports suggest that Mumbai Metro line 3 may be extended till Navy Nagar with the government appointing a consultant to do the feasibility study. The extension cost is pegged around Rs 2000 crore.

The initial deadline for the first phase- Bandra to Seepz was December 2021 and the second phase- BKC to Colaba was June 2022 for the first underground metro in Mumbai – Mumbai Metro line 3. Owing to the delay of the Mumbai Metro line 3, the cost of the project which was initially pegged at Rs 23,000 crore has gone up to Rs 33,406 crore and this is excluding the Navy Nagar extension that is being explored now.

Devendra Fadnavis, deputy chief minister, Maharashtra said, “The cost of Mumbai Metro Line 3 has increased on account of almost no construction undertaken in the last two years.  The cabinet approved an additional expenditure of Rs 10,000 crore for Mumbai Metro Line 3. The original cost of the project was Rs 23,136 crore, which has now gone up to Rs 33,405 crore (total rise Rs 10,269 crore). Maharashtra is going to request the Union government to contribute from its corpus for the completion of the project.”

Earlier, for the Mumbai metro line 3 project, Rs 2,402 crore was to be spent which has now been increased to Rs 3,699 crore. The cabinet instructed the Mumbai Metropolitan Regional Development Authority (MMRDA) to transfer Rs 1,297 crore (the difference in cost) to the Mumbai Metro Rail Corporation as part of the Rs 10,269 crore funding, he said.

The Metro Line 3 is funded by Japan International Cooperation Agency (JICA). A proposal to make a fresh demand to JICA to increase its loan amount has been cleared by the cabinet. JICA now will increase its contribution from Rs 13,235 crore to Rs 19,924 crore, the deputy CM said.

“By 2031, some 17 lakh passengers will travel by the Metro Line 3 everyday. People can travel from Colaba (in south Mumbai) to the international airport in suburban Mumbai in 50 minutes,” he said.

“The tunnel work has been completed 98.6 per cent, while 82.6 percent work on stations, too, has been done. Acquisition of 73.14 hectares of government land and another 2.56 hectares of private land has also been completed,” he said.

Twin tunnels of 5.2 metres in diameter each, are being dug at a depth of 20-25 metres below ground. Seventeen tunnel boring machines are being used, to construct these tunnels. A section spanning 1.2 kms, from the Bandra-Kurla Complex to Dharavi stations, will pass under the bed of the Mithi river and an additional stabling line is being constructed for this section of Mumbai Metro Line 3.

The original deadline for Mumbai Metro Line 3 was 2016 but owing to various legal disputes and environmental issues arising out of its construction, it is now expected to be completed in 2024. Full-fledged construction activities commenced on May 18, 2017, when officials notified the concerned authorities that any further delay would escalate the cost of the project by as much as Rs 4 crores per day. Mumbai Metro Line 3 will be implemented in phases and the first phase will connect Aarey Milk Colony to Mumbai airport.

Work on Mumbai Metro line 3 is going on a fast pace with only 1.5 km of  tunneling work remaining to be done. Although Mumbai metro line 3 completion date has not yet been decided, the project is envisaged to be operational by 2024.

The following are the stations with interchanges on  Mumbai Metro Line 3:

On February 14, 2019, the MMRCL announced its fifth tunnelling milestone at the Chhatrapati Shivaji Maharaj International Airport (CSMIA)-T2 on Line 3 of the Mumbai Metro. The corridor between CSMIA-T2 station and Aarey Colony will provide access to the Versova-Andheri-Ghatkopar Metro 1 line at Marol Naka and the Swami Samarth Nagar-Jogeshwari-Kanjurmarg-Vikhroli Metro 6 line at Aarey Station. Mumbai Metro line 3 will also provide some much-needed connectivity between the business hubs of MIDC and SEEPZ, which are not currently connected by Mumbai’s local trains.

On February 21, 2019, it was announced that a sixth tunnelling project had been completed at the Sahar Road metro station. Starting from September 2018, tunnelling of 692 metres had been completed in this critical section of Mumbai Metro Line 3, with part of it running under the Tansa Water Pipeline. This new section on Mumbai Metro Line 3 will help connect Sahar Road to the rest of the city. The MMRCL has completed around 97% of the tunnelling work in the total project as of November 2021. Of 7 underground civil packages, tunnelling for 6 are completed.

There is optimism that the development of the Mumbai metro rail in Mumbai, will bring about a transformation and boost the real estate sector. “Developers’ interest in projects near the Mumbai metro line 3 routes, has been increasing and there is an upward pressure on prices. The micro-markets that are likely to benefit are CBD (central business district), SBD (secondary business district) north and the western and eastern suburbs. Moreover, residential properties in Thane and Navi Mumbai will receive a boost, due to improved connectivity with the commercial hubs in the western suburbs and SBD north,” explains Surabhi Arora, senior associate director, research, Colliers International.

Ashutosh Limaye, head, research and REIS, JLL India said, “Apart from the areas that are adjacent to the Mumbai metro line 3, sometimes, the impact of the metro is also felt in nearby locations. The impact is especially profound, when metro stations are located at commercial centres.” It is, hence, wise to invest in a project, where a metro rail is expected to come up in the vicinity, to get good returns, he added.

In March 2020, the MMRCL achieved a major milestone, when it finished the tunnelling work on one of the two tunnels passing under the Mithi River. The tunnels are at a depth of 12.5 metres below the river.

Leading PSUs and corporates vie for naming rights of stations

The Mumbai Metro Rail Corporation (MMRC), which is implementing the project, has received 87 expressions of interest (EOIs) to acquire rights to name 18 stations. In all, 28 organisations have expressed their interest in naming rights, with many of them showing interest in multiple stations, MMRC said in a statement, on February 7, 2020. These include large PSUs like LIC, Indian Oil, banking and financial institutions like SBI, Bank of Baroda, UTI, Kotak, IDFC First, HSBC, airlines like Indigo, SpiceJet, and corporates like JSW, GlaxoSmithKline, TimesGroup, Blackstone, Phoenix Mills, Piramal, Oberoi, DB Realty among others. “The BKC station, being the most significant business district in the city, was the most sought-after station with 12 EOIs. Dadar and Airport Terminal 2 stations were joint second, receiving nine EOIs each, followed by Airport Terminal one and CSMT with seven EOIs each,” it said.

While the Metro project had been facing numerous hurdles, the state government has spent about 70% of the total expenditure on nine projects in the Mumbai Metropolitan Region (MMR), for this underground corridor.

According to the economic survey of Maharashtra, the state had spent Rs 22,624.29 crores on nine ongoing Metro projects and nearly Rs 15 crores was spent on the Mumbai Metro Line 3 project. The cost had increased by nearly Rs 10,000 crores from the original estimated amount. Consequently, the budget has been revised from Rs 23,000 crores to Rs 32,000 crores in 2021.

The construction of Mumbai Metro Line 3 has been mired by several environmental issues, including the felling of trees and noise pollution complaints. On June 6, 2017, it was reported that over 5,000 trees were proposed to be cut in various areas of south Mumbai. The high court had earlier imposed a stay on the cutting of trees but on May 5, 2017, it vacated its stay and gave a go-ahead to the MMRCL to cut the trees, after observing that a balance needed to be established between development and environment. It is now reported that a total of 5,012 trees will be affected, of which 1,331 will be cut and the remaining 3,681 will re-planted in other parts of the city.

In March 2017, MMRC director Ashwini Bhide had stated that the metro was designed in a way that would minimise the cutting down of trees and that three times more trees would be planted to make up for the loss. She further stated that if all the trees that needed to be cut were saved, it would reduce carbon dioxide in the air by 6,100 kg. However, the metro would help cut CO2 emission by 9.9 million kgs, by significantly reducing the number of vehicles on the road. The MMRC had signed an agreement with the Forest Development Corporation of Mumbai to plant around 9,000 trees.

The work on Mumbai Metro Line 3 also ran into trouble, when residents in parts of Churchgate, Cuffe Parade and Mahim, complained that noise pollution norms were being flouted during the construction. The Maharashtra government, on June 4, 2018, told the Bombay High Court that it had recorded the decibel levels at three spots where construction work was underway and had sent a report to the Maharashtra Pollution Control Board (MPCB), for further action. The Bombay High Court, on July 18, 2018, said it was not inclined to allow the MMRCL to carry out construction for the Mumbai Metro 3 Line in south Mumbai’s Cuffe Parade area at night, until the MPCB submitted its report on noise pollution.

As the Mumbai Metro Line 3 project came under fire from various quarters, for the proposed car-shed at Aarey Colony, a prime green tract in the city, the Maharashtra chief minister Uddhav Thackeray has announced shifting of the depot to Kanjurmarg. The Maharashtra CM, on November 29, 2019, had ordered a stay on the construction work of the metro car-shed and announced that it would set-up a four-member committee, to identify an alternative land for the car-shed.

In December 2020, the Bombay High Court passed an interim order, staying the transfer of land at Kanjurmarg to the Mumbai Metropolitan Region Development Authority (MMRDA).

When will the Mumbai Metro Line 3 be completed?

How many stations does Mumbai Metro Line 3 have?

Mumbai Metro 3 will have 27 stations with interchange facilities at 12 stations.

How many metro lines are there in Mumbai?

There are 14 metro rail lines approved for Mumbai.

Was this article useful?

Read More: Mumbai Metro Line 3: Everything you need to know

We are the most innovative real estate platform in India. Born from the need to make finding a home easier, we bring optimism and innovation to help India. For us, people are the why, looking up is the how, and housing is for everyone. So look up and live better.