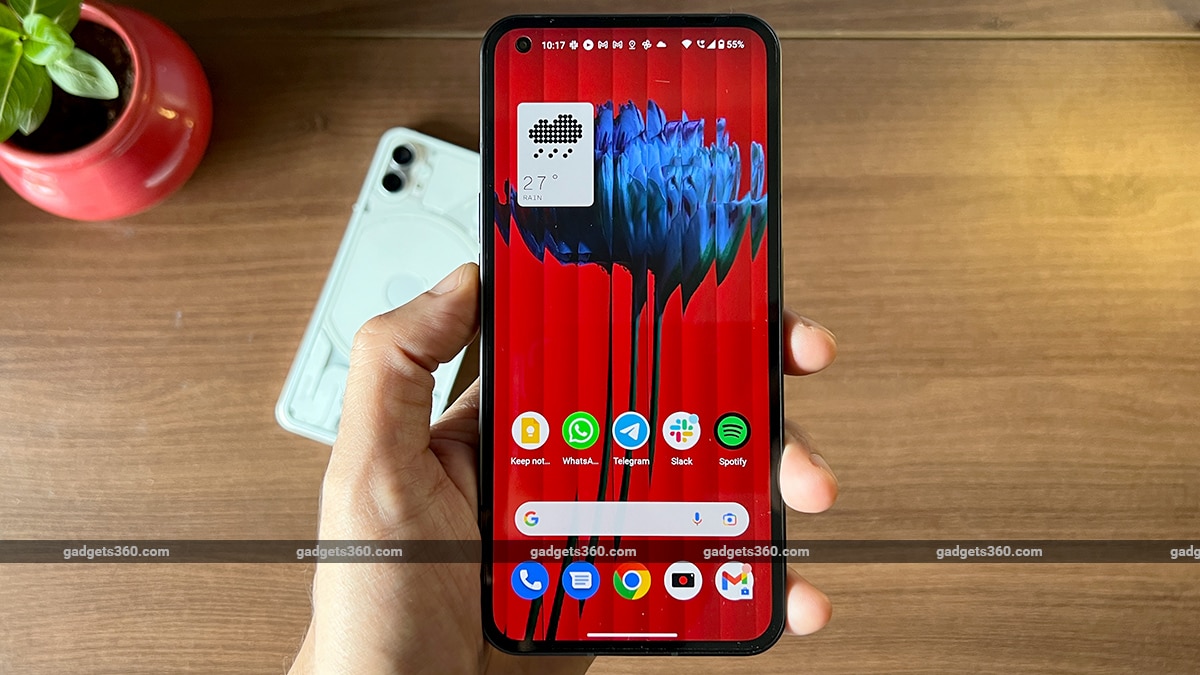 Company CEO Carl Pei has teased Nothing OS 1.5.0, which is Nothing’s supposed Android 13-based update for his Nothing 1 phone. The company official took to social media platform Twitter to share A screenshot of the About Phone section of a Nothing 1 device running Nothing OS 1.5.0. The screenshot lists the Android version number based on Android 13, giving users a clear indication of what to expect from the company.

Nothing CEO Carl Pei responded to users commenting on the Nothing OS 1.5.0 trailer asking if there will be an upcoming beta program saying that it is “coming soon”.

However, the company official did not hold back in revealing more details about the upcoming Nothing OS 1.5.0 open beta program for the Nothing Phone 1. The London-based smartphone brand recently released the Nothing OS 1.1.6 update, which included camera improvements. , bug fixes and more. The update also enabled Jio5G support for users in India.

It is not yet known if Nothing will take a different trajectory with Nothing OS 1.5.0 based on Android 13 by introducing custom features or if it will continue to provide a fairly clean Android experience through the latest update.

However, Nothing Phone 1 users can rest assured that standard Android 13 features will be coming to the smartphone that could greatly improve the user experience on the only smartphone offering from the London, England-based company.

In August, CEO Carl Pei had stated that the company would not rush the Android 13 update and was aiming to deliver a beta version by the end of the year. He also said that a stable version of Android 13 will be released for Nothing Phone 1 in early 2023.

(Except for the headline, this story has not been edited by NDTV staff and is published from a press release)