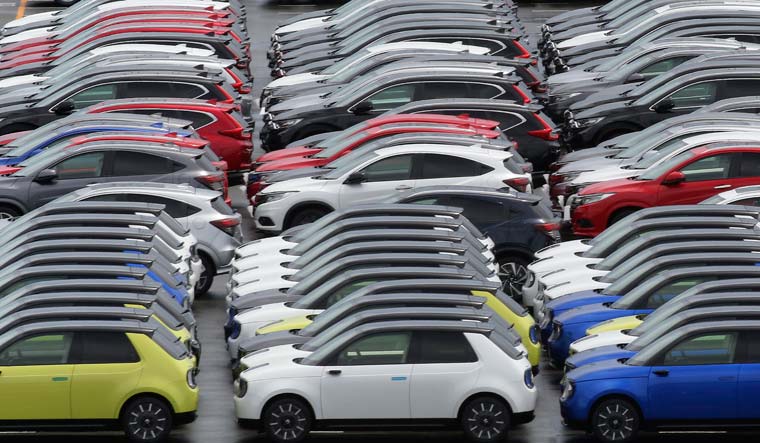 Retail sales of passenger vehicles saw a 5 percent drop to 250,972 units last month, compared to 263,238 units in the same period a year earlier.

President of the Federation of Automobile Dealers Associations (FADA), Vinkesh Gulati, noted that although there is a problem in the July figures, the segment continues to see the introduction of new models, especially compact SUVs. , which helps growth.

“Together with this, a better offer in the coming months will help ease customers’ anxiety over the long waiting period,” he added.

“Two-wheeler retailing witnessed poor demand as rural India continues to underperform. This, coupled with high inflation, erratic monsoon and high cost of ownership, continues to hold off customers at the bottom of the pyramid,” Gulati said.

Tractor sales also remained in the slow lane at 59,573 units last month, down 28 percent from 82,419 units in the same period a year earlier.

However, three-wheeler and commercial vehicle sales saw positive momentum last month with an increase in sales compared to July 2021.

Three-wheeler sales last month rose 80 percent to 50,349 units, compared with 27,908 units in the same period a year earlier. Similarly, commercial vehicle sales saw a 27 percent increase to 66,459 units in July, up from 52,197 units in the same month last year.

“CV retail figures continue to witness good demand as the government’s infrastructure boost is helping customers to finalize their purchases. Apart from this, the bus segment also witnessed the start of recovery in demand as educational institutions and offices return to normal mode. Gulati pointed out.

As for the outlook, he stated that the conflict between Taiwan and China, if it happens, could lead to massive disruptions in the supply of chips.

“India’s service sector PMI (Purchasing Managers’ Index) fell to a 4-month low in July at 55.5, showing growth momentum lost steam as a result of weaker sales growth and pressure. inflation in the previous month. Overall, FADA remains cautiously optimistic due to the above factors as we enter the festival season,” Gulati said.

Afghan girls face uncertain future after 1 year of no school