Pelosi says US will ‘not allow’ China to isolate Taiwan 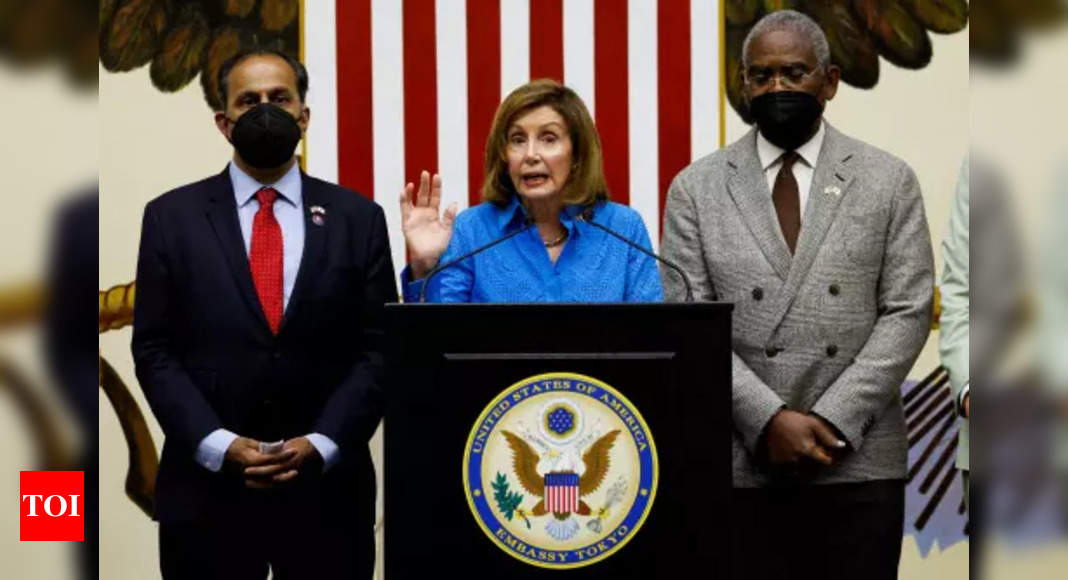 TOKYO: US House Speaker Nancy Pelosi said on Friday that the United States “will not allow” China to isolate Taiwan, after her visit to the self-governing island angered Beijing.
“They may try to prevent Taiwan from visiting or participating in other places, but they will not isolate Taiwan by preventing us from traveling there,” he told reporters in Tokyo.
“We had high-level visits, senators in the spring, in a bipartisan way, continuous visits, and we will not allow them to isolate Taiwan.”
Pelosi is on the final leg of an Asia tour that included a stop in Taiwan as she defied stern threats from China to become the most high-profile US official to visit the island in years.
Beijing, which regards Taiwan as part of its territory and has vowed to retake the autonomous island one day, by force if necessary, has launched its largest-ever military exercises on the island in response.
Pelosi did not comment directly on the drills, but reiterated that her visits to Asian countries, including Taiwan, were “not about changing the status quo” in the region.
“It’s about … all the laws and agreements that have established what our relationship is. Having peace across the Taiwan Strait and having the status quo prevail,” he said.
Tokyo said Thursday that five Chinese missiles were believed to have landed in Japan’s exclusive economic zone.
Pelosi spoke after meeting with Prime Minister Fumio Kishida, who called China’s missile launches a “serious issue that affects our national security and the safety of our citizens.”
Kishida said he had told Pelosi that Japan “has called for the immediate cancellation of military exercises.”
The 82-year-old US politician arrived Thursday night from South Korea, another key US ally, where she visited the border with the nuclear-armed North.
It is his first time in Japan since 2015.

China looks to delay sanctioning of another Pakistan based terrorist