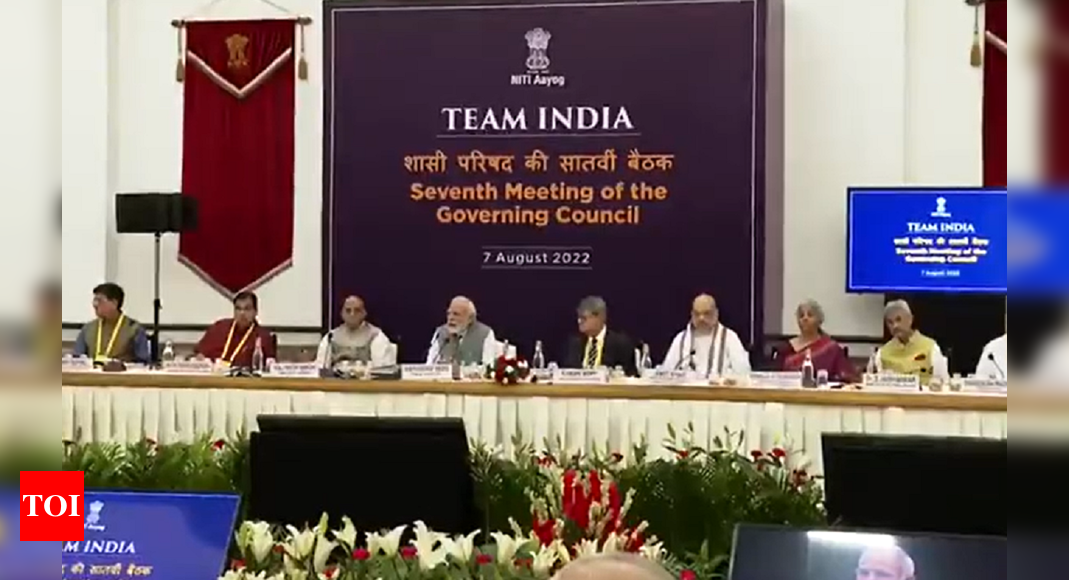 It should be noted that this meeting is the first face-to-face meeting of the Governing Council since July 2019.
The Niti Aayog meeting agenda includes crop diversification and achieving self-sufficiency in oilseeds and pulses and farming communities; implementation of the National Education Policy-school education; implementation of the National Education Policy-higher education; and urban governance.
In the drive towards building a stable, sustainable and inclusive India, the seventh Niti Aayog government think tank governing council meeting is expected to pave the way for synergies towards a new era of collaboration and cooperation between the Center and the States and the Union.
As India marks 75 years of Independence, it is the need of the hour for states to be agile, resilient and self-reliant and move towards ‘AatmaNirbhar Bharat’ in a spirit of cooperative federalism territories.
The meeting is particularly important as the country enters Amrit Kaal against the backdrop of the Covid-19 pandemic and as India hosts the G20 Presidency and summit next year. The meeting will also emphasize the importance of the Indian Presidency to the federal system and the role that states can play in highlighting their progress in the G20 Platform.
In particular, the Chief Minister of Telangana K Chandrashekar Rao He will boycott the meeting when he wrote a letter to Prime Minister Modi on Saturday saying his decision is a sign of protest against what he called the Center’s alleged blatant discrimination against states, including Telangana.
“I do not find it useful to attend the 7th meeting of the NITI Aayog Governing Council scheduled for August 7 and I will stay away as a sign of strong protest against the current tendency of the Central Government to discriminate against the states and not treat them as equal partners. in our collective efforts to make India a strong and developed country,” the letter said.