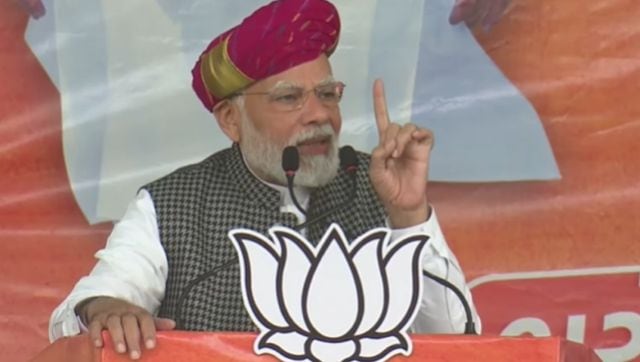 Prime Minister Narendra Modi is back on the campaign trail in Gujarat where he will address four rallies in Palanpur, Modasa, Dahegam and Bavla (Ahmedabad) today. After a day off on Tuesday, the prime minister addressed rallies in Dahod, Mehsana, Vadodara and Bhavnagar on Wednesday.

Prime Minister Modi, who is currently campaigning in Gujarat, which is in the polls, said that the Congress model means nepotism, caste and vote bank politics.

The “Congress model” has ruined Gujarat and the country.

Praising the BJP for its policies, he said: “If the country is going to get ahead in the next 25 years, only the BJP’s policies, practices and tactics will work.”

“Twenty years ago, wind power was not a goal in Gujarat. Today 10,000 megawatts of electricity are obtained from wind power in Gujarat,” he added.

“Today more daughters are born than sons,” he said.

PM Modi exuded confidence that the people of Gujarat will deliver a historic victory to the BJP.

“Today, Gujarati people have only one slogan… once again… Modi government,” he said.