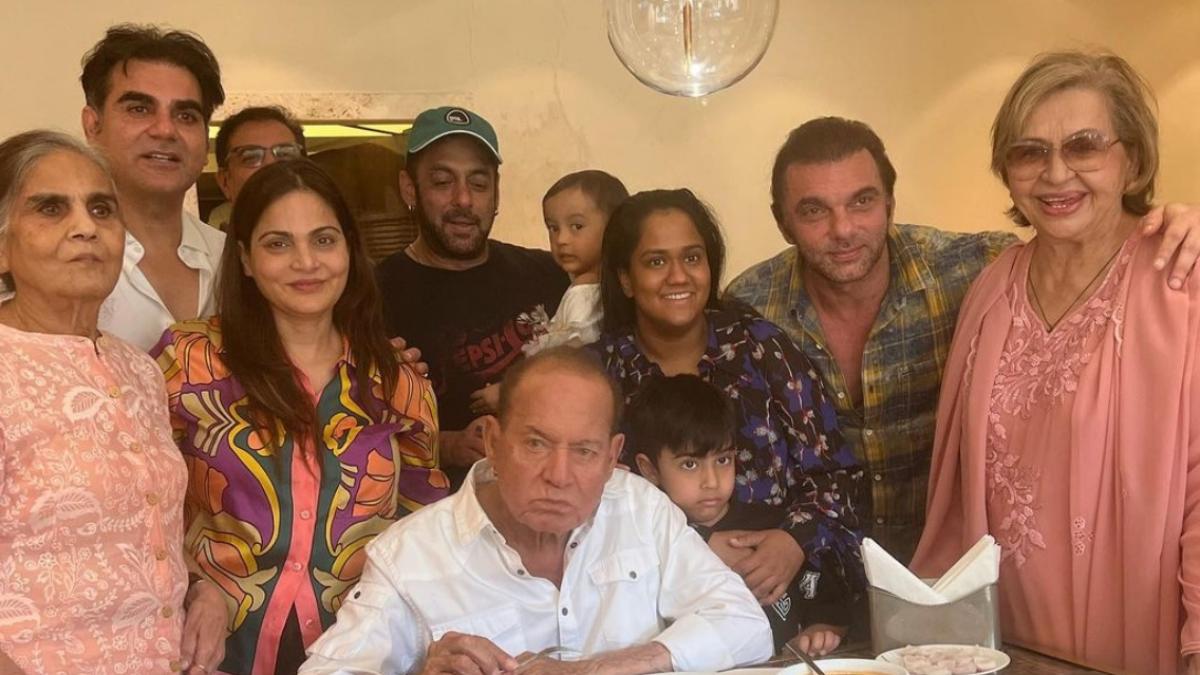 Salman Khan, Sohail, Arbaaz and other family members came together to celebrate Salim Khan’s 87th birthday on November 24, 2022. Arbaaz Khan took to his Instagram and shared photos of the special day. 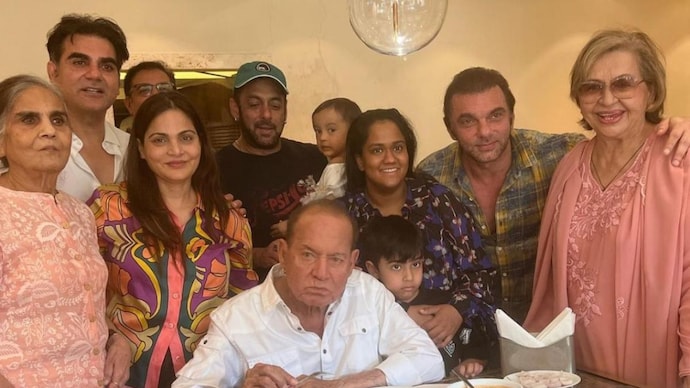 By Prachi Arya: The entire Khan family, including Salman, Arbaaz, Sohail, Arpita and others, gathered to celebrate veteran writer Salim Khan’s 87th birthday on November 24, 2022. The family gathered for lunch at his home. Arbaaz took to Instagram of him and gave a glimpse of the celebrations.

In one of the images shared by Arbaaz Khan, Salim, who turned 87, is sitting in front of a dining table filled with a variety of delicious dishes. Next to him were his daughters Alvira Khan and Arpita Khan Sharma, while the other members stood behind for the perfect family photo.

Arbaaz also shared an image where he can be seen sitting with his father on a sofa and another where he kisses him on the cheeks. Wishing his father on the special day, Arbaaz wrote: “Happy birthday daddy. (sic)”

Separately, Arpita also shared a photo from the celebrations on her Instagram showing her children, son Ahil Sharma and daughter Ayat, along with father Salim Khan. “A girl’s first love is always her father I love you dad…happy happy birthday (sic),” she captioned the image.

Salman Khan, who was last seen alongside Chiranjeevi in ​​GodFather, will next be seen in Tiger 3 alongside Katrina Kaif. He also has Farhad Samji’s directing Kisi Ka Bhai Kisi Ki Jaan in the pipeline. The film also stars Pooja Hegde, Shehnaaz Gill, and Siddharth Nigam. The movie, financed by Sajid Nadiadwala, is scheduled to be released on Eid 2023. Meanwhile, he appears as the host of Bigg Boss 16.