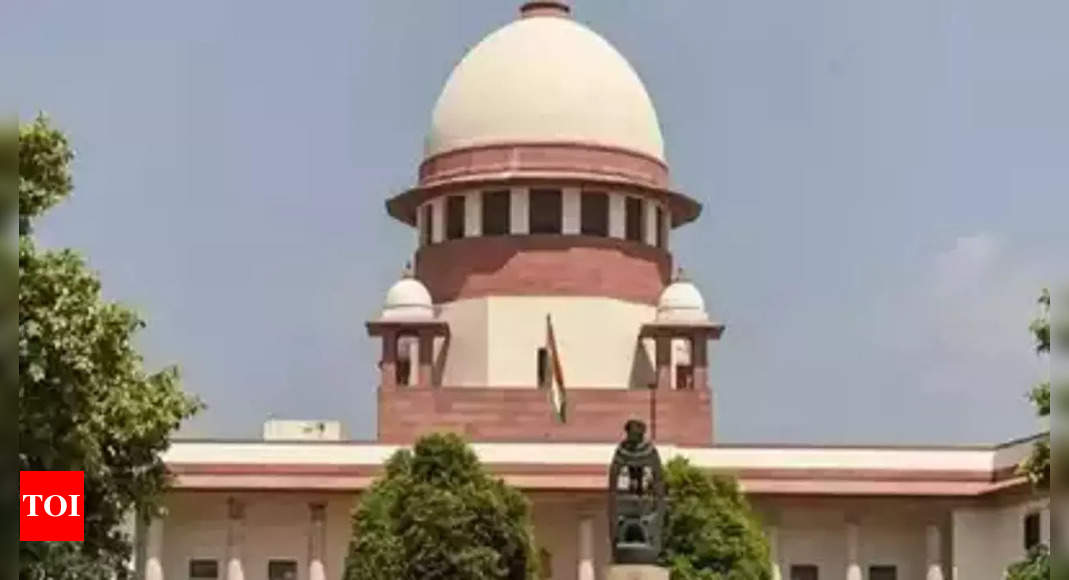 NEW DELHI: The Center faced another round of questions on Thursday over the appointment of the chief election commissioner (CCA) and the Election Commissioners (ECs) of the Supreme Court after it examined the process adopted by the government for appointing arun goel. The court said it was “baffled” by the criteria adopted to shortlist names for the EC position and that the entire process was completed at “lightning speed” in 24 hours without any deliberation.
A bench of five Constitution judges of Justices KM Joseph, Ajay Rastogi, Aniruddha Bose, Hrishikesh Roy and CT Ravikumar who pored over the file on Goel’s appointment as election commissioner noted that the vacancy was there in the voting panel since May, but in November, the government moved quickly to finalize the appointment process in less than 24 hours. The court made it clear that it was not questioning the officer’s credentials or examining the validity of his appointment, but was examining the process adopted by the government.
“The vacancy was from May 15. Can you tell us what happened between May 15 and November 18? What was it that prompted the government to do it in the shortest possible time? The same day the file was processed, the authorization the same day, the request the same day and the appointment the same day. The file hasn’t even traveled for 24 hours. Why was the file deleted at lightning speed? What kind of evaluation was done? the bank asked Attorney General R Venkataramani. The latter responded that there was no “disturbing feature” in the appointment and that most previous appointments were done in 2-3 days and could not be found fault with the speed of the decision-making process.
The bank said there was nothing wrong with the speed and that there was a context to the case as the matter was pending in court and it was looking into the case. The Attorney General said that there was no injunction against carrying out the appointment and had suggested that the Center go ahead with the process.
The bank later raised questions about the criteria followed by the Ministry of Justice to shortlist only four names out of a large number of officers and why people who had retired or were about to retire were considered. The bench hinted that it may be the case that the government “carefully selects” four names that could be the “yes man” despite having a very excellent academic and administrative record. The government said it was the wrong impression and that there is no lens or litmus test that reveals that a person is docile or a ‘yes man’.
The court made it clear that it was not implying that the appointment was “tailor-made”, but rather wanted to know how the Ministry of Justice zeroed in on four names. As the AG said it was done on the basis of length of service and age of the person, the bank pointed out that there were many younger officers from the same batch and why the names of other batches were not considered.
“How did the Ministry of Justice select four names? You have understood our question but you have not answered us… What has been the criteria followed by the ministry to choose four names? We are also puzzled,” the bank said.
The attorney general said that the court should not doubt every step of the appointment, telling the court: “There are no disturbing features in the appointment and I will dispel that impression. There is no design in it.”
The bank maintained: “We are still struggling with reason and logic. There are many officers of that category. You are right in saying that age is a criterion. But why only four when another 40 meet the criteria?
At the conclusion of the hearing on the issue, Judge Roy told the attorney general: “You have given eight points in your note. The ninth point is missing and that could have been that the election is about numbers and the official (Goel) was selected because he was a gold medalist in mathematics.”
Lawyer Prashant Bhushan, who appeared on behalf of the petitioner, informed the court that there are 136 officers from the same batch and many of them were younger than Goel but were not considered for the position.
The court, after hearing from all parties, reserved its order on the batch of petitions seeking direction from the court to establish an independent panel for CEC/EC appointment in a fair and transparent process. One of the suggestions included appointment through a selection panel made up of the Prime Minister, the Leader of the Opposition and the Chief Justice of India, similar to the panel that selects the director of the CBI.
Requesting court intervention, the petitioners asserted that Section 324(2) obliges Parliament to enact a fair, fair and reasonable law in relation to the appointment of the CEC and ECs, but nothing has been done in the last seven decades and appointments were running late. carried out solely by the executive, which is inconsistent with section 324(2) and is ‘manifestly arbitrary’.
The Law Commission also recommended a change to the existing procedure, saying in its 2015 report that the appointment of all electoral commissioners, including the CEC, must be made by the president in consultation with a three-member selection college or committee, composed of the prime minister, Leader of the Opposition in Lok Sabha (or the leader of the largest opposition party in Lok Sabha) and the CJI.