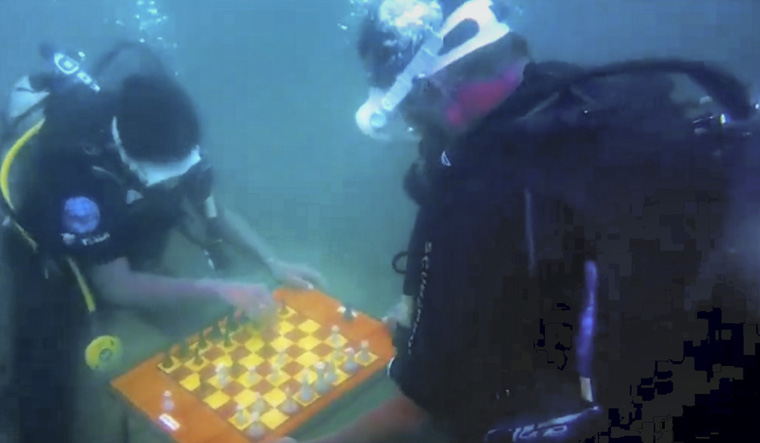 A group of divers dive into the sea and play chess underwater at a good depth while tying up their equipment to celebrate the Chess Olympiad taking place in Chennai. Images of the underwater game have gone viral on social media.

Excitement for the 44th Chess Olympiad underway near here has taken on another dimension, with divers and the marquee game’s mascot, ‘Thambi’, diving into the sea for a battle of brains.

One of the jumpers was dressed as ‘Thambi’, the mascot knight of the Olympiad while the others, at least four of them, exchanged movements in the depths of the water. By the way, ‘Thambi’ wore a ‘veshti’ (dhoti) with a checkered border. The divers also carried a banner about the Olympiad and the Indian tricolor.

The ongoing Olympiad has seen the city party in style and there have been numerous initiatives to promote it, including the painting of the iconic Napier Bridge as a chessboard. ‘Thambi’ has been ubiquitous as it can be seen at various locations in the city and on the route leading to the Olympiad venue in Poonjeri opposite Mamallapuram, a popular tourist spot.

The Chess Olympiad being held in India for the first time has seen a record number of teams participating in both the Open and women’s sections and some 2,000 female players in action.