‘She was 12, I was 30’: Social media lights up over US President Biden’s remark 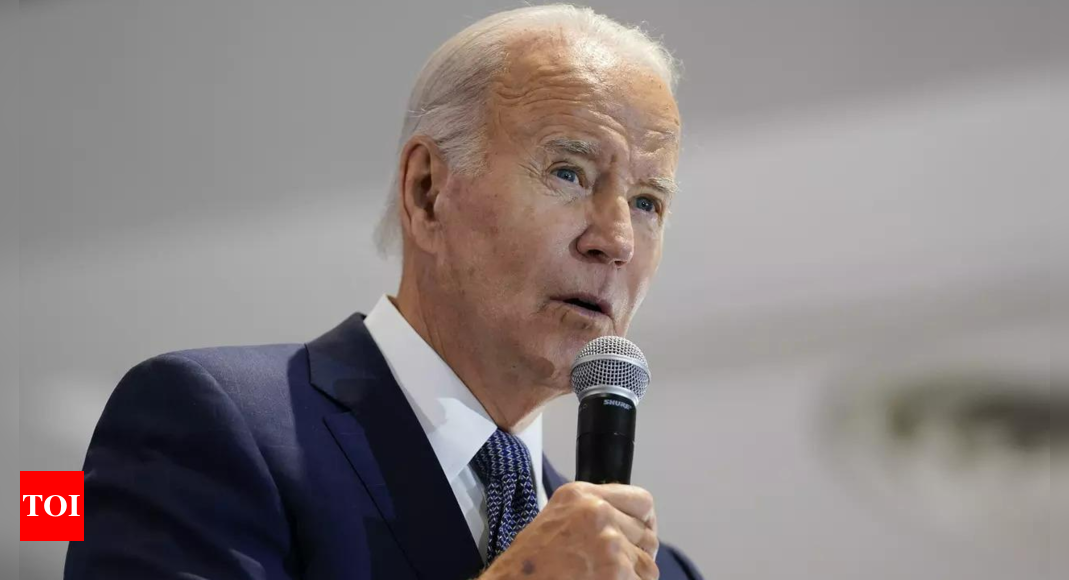 WASHINGTON: A digression by US President Joe Biden during his address to teachers at the National Education Association headquarters in Washington DC on Saturday has mystified netizens.
In his Friday address to teachers, Biden abruptly deviated from his speech, acknowledging an audience member, saying, “You have to say hello to me.”
Later, turning quickly to the general audience, he said, “We go back a long way. She was 12, I was 30. But anyway, this woman helped me do a hell of a lot.”
However, Biden did not say what he did when he was 30 years old and the woman was a pre-teen. Shortly after this clip aired, social media lit up on the seemingly inappropriate side.
During the meeting, Biden’s comments caused the audience of teachers and union members to laugh and cheer at the lewd remark.
One Twitter user demanded clarification on the comments, writing, “We need clarity on Biden’s comment on hers, she was 12, I was 30, made on Friday.”
While sharing the New York story on Biden’s comments, one user wrote: “We are all appalled by Biden’s ‘She was 12, I was 30’ comment. What should really surprise us, though, is that this took place.” at an NEA meeting, and all the teachers cheered and laughed in approval.
Earlier, US President Joe Biden, while calling for supporting Ukraine against a Russian invasion, had a slip moment when he mistakenly referred to Ukrainians as the “Iranian people.”
“putin you can surround Kyiv with tanks, but you will never win the hearts and souls of the Iranian people,” Biden said in his State of the Union address, which was an emotional call to form a united front against Russian aggression.
The awkward moment immediately started trending on Twitter and other social media with the word “Iranian.”
Biden, 79, has also stumbled over words before. As a child, he had speech problems and had to work on overcoming a stutter and it has been widely reported that he used to spend long hours reciting works by Yeats and Emerson to overcome his speech problem.
Last year, social media pounced on his gaffe when he mistakenly called his Vice President Kamala Harris “President Harris.” Meanwhile, during his State of the Union address, President Biden has reiterated that his country will not deploy troops to Ukraine against Russian forces. .
Condemning Russia’s “premeditated attack” on Ukraine, Biden said Russian President Vladimir Putin tried to shake the very foundations of the free world.