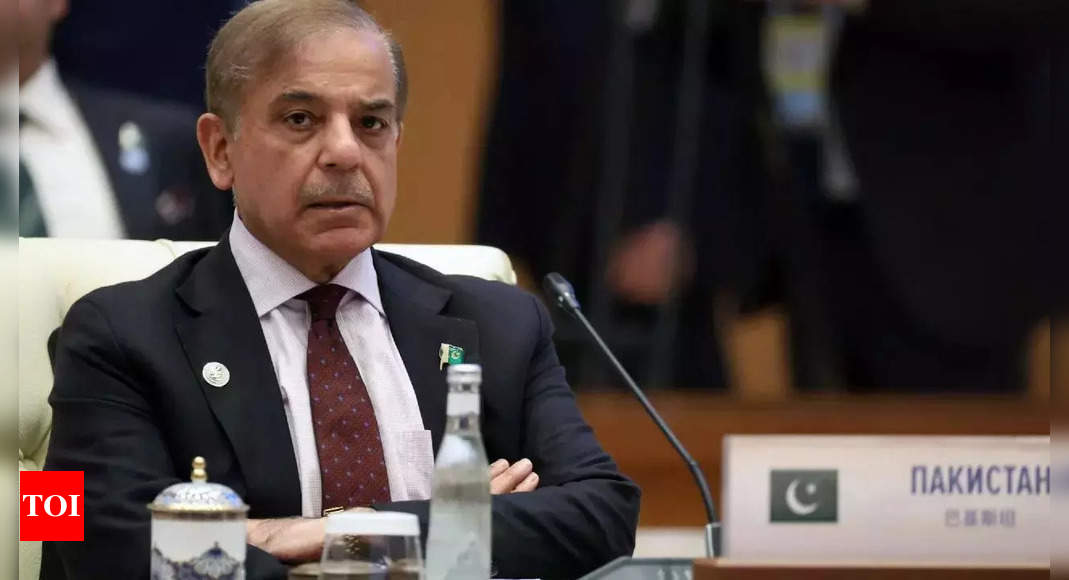 PESHAWAR: Former Pakistani Prime Minister Imran Khan said on Sunday that his government had severed trade ties with India after New Delhi revoked Jammu and Kashmir’s special status in 2019 and claimed that the Shehbaz Sharif-led government wanted resume it.
Addressing a rally in Karak, Khyber Pakhtunkhwa, the 69-year-old Khan also said that the vice president of the Pakistan Muslim League-Nawaz Maryam Nawaz she was “incapable of telling the truth”, as he once again accused her of holding nepotism above national interests.
“Maryam wants to import power plant machinery from India for her son-in-law,” he said, referring to an audio leak allegedly telling Prime Minister Sharif that Maryam’s son-in-law wants to import a power plant. from India.
“Our government stopped trade with India because… it ended Kashmir’s special status,” Khan said, adding that the current “imported rulers” wanted to resume trade relations with India at the cost of Pakistan’s integrity and solidarity.
In recent weeks, several business chambers have urged the government to import essential items such as onions and tomatoes from India for the benefit of consumers in the wake of soaring vegetable prices following devastating floods in the country.
Relations between India and Pakistan have often been strained over the Kashmir issue and cross-border terrorism emanating from Pakistan.
However, ties between the two countries took a nosedive after India repealed Article 370 of the Constitution, revoking Jammu and Kashmir’s special status and dividing the state into two Union Territories on August 5, 2019.
India’s decision provoked strong reactions in Pakistan, which downgraded diplomatic ties and expelled the Indian envoy. Trade ties between Pakistan and India have since largely frozen.
Famous for using cricket terminologies in his speeches in relation to his politicking, the cricketer-turned-politician said that this time he would take three wickets from a single ball in his fight for real independence. He claimed that the entire nation was behind his struggle for real independence.
“The government should not miscalculate the nation’s resolve to get rid of these imported rulers,” he said.
“We are ready for the final showdown and in a couple of days an announcement will be made for the final call to turmoil,” he added.
Khan was ousted from power in April after losing a vote of no confidence in his leadership, which he alleged was part of a US-led conspiracy that targeted him because of his independent foreign policy decisions on Russia, China and Afghanistan.