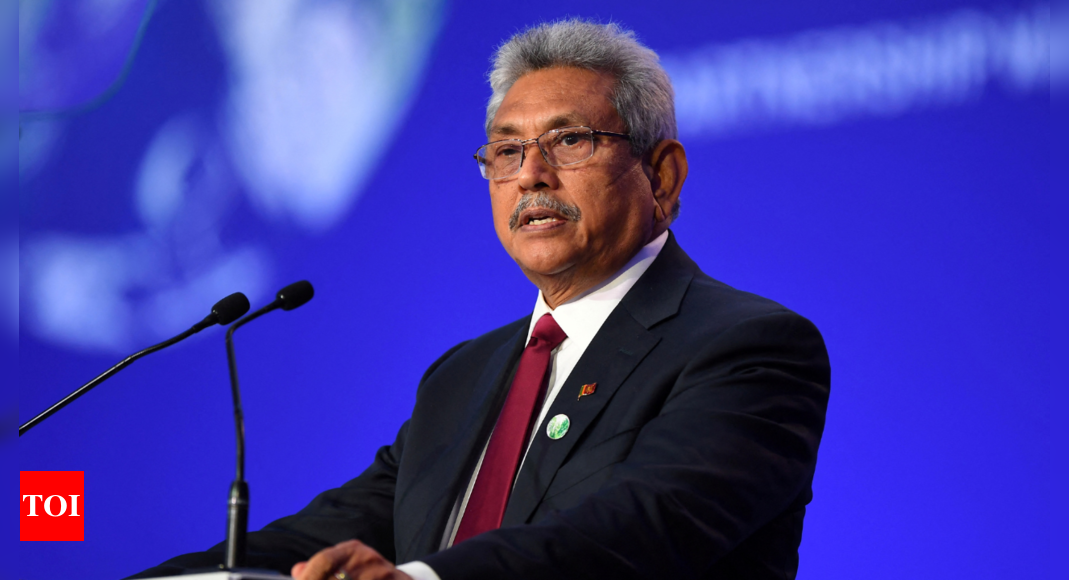 BANGKOK: Former President of Sri Lanka Gotabaya Rajapaksa He is expected to arrive in Thailand on Thursday and temporarily stay in a second Southeast Asian country since fleeing his island nation last month amid mass protests.
Rajapaksa fled to Singapore on July 14 and resigned shortly after, following unprecedented unrest over his government’s handling of the worst economic crisis in seven decades, and days after thousands of protesters stormed the official residence and the president’s office.
The former military officer, who is the first Sri Lankan head of state to step down mid-term, is expected to travel from Singapore to Thailand’s capital Bangkok on Thursday, two sources said. It was not clear what time he would arrive.
Thai authorities said Rajapaksa had no intention of applying for political asylum and would only stay temporarily.
“This is a humanitarian problem and there is an agreement that it is a temporary stay,” Prime Minister Prayuth Chan-ocha told reporters on Wednesday.
Prayuth also said that Rajapaksa could not participate in any political activities while in Thailand.
Foreign Minister Don Pramudwinai said the current Sri Lankan government supported Rajapaksa’s trip to Thailand, adding that the former president’s diplomatic passport would allow him to stay for 90 days.
Rajapaksa has not made any public appearances or comment since leaving Sri Lanka, and Reuters could not immediately reach him.
Sri Lanka’s economic crisis is the result of several factors, including COVID-19, which hit its tourism-dependent economy and slashed remittances from overseas workers, rising oil prices, tax cuts populists and a seven-month import ban on chemical fertilizers last year. that devastated agriculture.