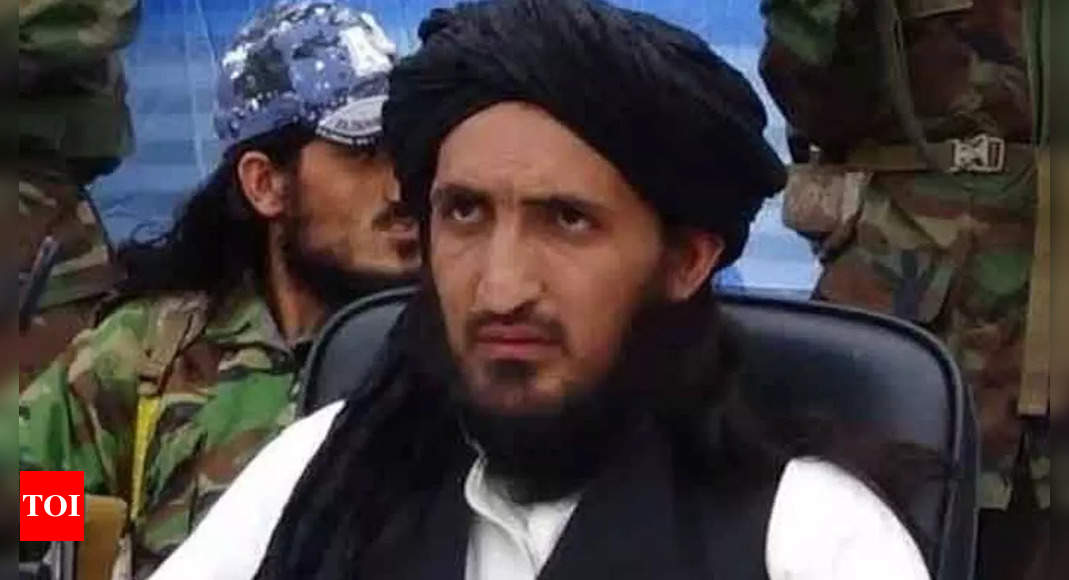 ISLAMABAD: The Taliban on Monday confirmed the killing of a senior Tehreek-e-Taliban Pakistan (TTP) commander, Omar Khalid Khorasin Afghanistan and sought a Taliban government investigation of the incident.
According to Taliban spokesman Muhammad Khorasani, “senior leader of the TTP omar Khalid Khorasani and two other members of the banned team were killed in a roadside bombing in Afghanistan on Sunday night.”
In a statement today, TTP officials said the car carrying Omar was attacked in the eastern province of Paktika, near the Barmal district, on Sunday night, Dawn reported.
They urged the Taliban government in Afghanistan to investigate the incident and uncover “spies” who might be responsible for the deaths of top TTP leaders, Dawn reported.
Omar’s real name was Abdul Wali Mohmand and he previously headed the TTP at the Mohmand Agency on the border with Afghanistan.
Apart from Omar, the other two men killed in the attack have been identified as Mufti Hassan and Hafiz Dawlat Khan. They were among several TTP leaders who had joined the outlaw Daesh in 2014.
Omar Khalid Khorasani, a former journalist and poet, who studied in various madrassas in Karachi, Pakistan, previously headed the TTP at the Mohmand Agency on the border with Afghanistan. His real name was Abdul Wali Mohmand.
Recently, a member of the jirga had posted the photo of the TTP leader on the sidelines of his meeting with the Pakistani side, which had held two rounds of talks in Kabul in the first week of June and the end of July.
Omar and most of the Mohmand Agency TTP members broke away from the TTP and formed a breakaway faction Tehreek-e-Taliban Pakistan Jamaat Ahrar (TTP-JA) in 2014.
The then head of the TTP, Maulvi Fazalullah, had fired him after announcing the formation of his own Jamaat ul Ahrar group, which included almost all the Taliban leaders of the Mohmad Agency. Omar had accused the TTP leadership of deviating from the team’s ideology.
The assassination of the TTP leader could be seen as a major blow to the group, especially at a time when it is involved in talks with the Pakistani government, Dawn reported.
Meanwhile, the United States added Omar’s name to the US State Department’s Rewards for Justice wanted list in March 2018. The US government had a reward of up to $3 million for information about Abdul Wali Mohmand.
“Wali is the leader of Jamaat ul-Ahrar (JuA), a militant faction affiliated with Tehrik-e Taliban Pakistan (TTP), a US-designated foreign terrorist organization. Under Wali’s leadership, JuA has been one of the most operationally active TTP networks in Punjab province, Pakistan, and has claimed responsibility for multiple attacks across Pakistan,” said Rewards for Justice (RFJ), the US State Department’s premier national security rewards program. USA
“Wali is reported to operate from the Afghan provinces of Nangarhar and Kunar. Wali was born in Mohmand Agency, Pakistan. He is a former journalist and poet and studied in various madrassas in Karachi, Pakistan,” RFJ added.
On Monday, another senior TTP leader, Abdul Rashid, who belonged to the Bajaur tribal district, was also killed in a landmine explosion in Kunar province.
In January this year, the TTP confirmed the death of senior leader Mufti Khalid Balti alias Mohammad Khorasani in the eastern province of Nangarhar in Afghanistan.
Ongoing peace talks between the TTP and the Pakistani government reached an impasse when the outlaw group refused to budge on its demand to reverse the merger of the former Federally Administered Tribal Areas (FATA) with the Khyber province. Pakhtunkhwa.
Despite a series of meetings between the two sides in recent weeks to break the deadlock, there has also been an impasse over the issue of the TTP laying down arms in the event of a peace deal, The Express Tribune reported.
Talks between the two parties began in October 2021 to seek a political solution to the problem. Talks held at the request of the Afghan Taliban led to a month-long ceasefire in November. However, the truce could not last long as differences soon arose.