Vishnu Vishal reveals Gatta Kusthi is not just about wrestling, it’s much more than that | Exclusive 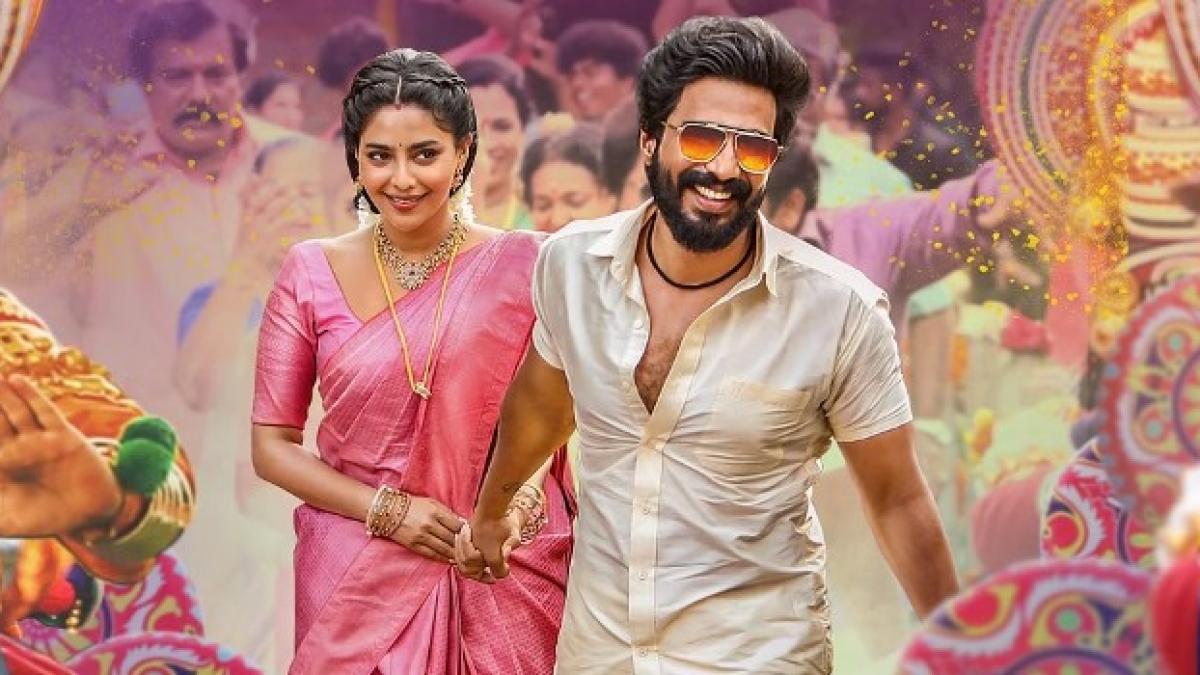 Vishnu Vishal and Aishwarya Lekshmi’s Gatta Kusthi is set for a grand premiere on December 2. In an exclusive chat with IndiaToday.in, Vishnu Vishal talked about the film, his role and his wife Jwala Gutta.

Vishnu Vishal and Aishwarya Lekshmi’s Gatta Kusthi will be released in theaters on December 2.

By Latha Srinivasan: Vishnu Vishal is an actor who never shied away from experimenting with his films and it has brought him tremendous success. Now, he has teamed up with director Chella Ayyavu once again after her 2018 film Sillukuvarpatti Singam. However, this time, it’s a completely different movie. In Gatta Kusthi, the FIR star plays a wrestler and while everyone believes it to be a sports drama based on the trailer, the actor disagrees. In between his hectic promotional tour, the actor and producer of Gatta Kusthi sat down with IndiaToday.in exclusively to discuss his film’s release on December 2 in Tamil and Telugu (Matti Kusthi).

“This movie isn’t a sports drama, it’s a pucca commercial crowd-pleaser!” gushed Vishnu Vishal. “Gatta Kusthi is the most important film of my career and it has everything from romance to comedy, family feeling, drama and action. The film is not only about wrestling, the sport, but also about the fight of egos between husband and wife. There are many surprises in the film for the public. So wait for it!” he added.

Vishnu Vishal essays the role of Veera and is married to actress Aishwarya Lekshmi. She is an amateur wrestler. “I had to learn how to fight for this movie, which was difficult. In the movie, Veera learns to fight in just 15 days to participate in a competition. In fact, I prepared for 15 days (only) since it had to look authentic. But, the most challenging part is playing the character. Veera is someone who wants to completely control his wife, but he is not evil. He had to make it audience-likeable despite his serious shortcomings and that was difficult,” he explained.

As for his co-star, the talented Aishwarya Lekshmi, Vishnu said that the actress has a very important role in the film and they needed a strong actress. He said: “The film leans more towards the actress than the actor and we needed someone who could be a standout actor and Aishwarya has done a great job.”

Here is the trailer:

Now that the actor-producer is married to badminton player Jwala Gutta, he lives in Hyderabad. And it was Jwala who had been pushing him to venture into the world of Tollywood. “Director Chella Ayyavu narrated Gatta Kusthi’s line when we were shooting Sillukuvarpatti Singam and I loved it. It was a lot of fun and I decided that I would produce the film for sure. Jwala has many friends in the Telugu film industry and she pushed me to explore Telugu cinema. When we met Ravi Teja, I showed him some of my movies and he liked them. I was interested to know what he was doing next. When I told him that he was doing Gatta Kusthi, he immediately joined in. I feel truly blessed to have someone like him believing in me and co-producing the film with me,” explained the Indru Netru Naalai star.

Vishnu Vishal also revealed that his wife, Jwala, is someone who lives, breathes and eats cinema. “She is a total cinephile and watches everything from Indian cinema to world cinema. She really feels like OTT platforms are doing so well in India because of audiences like her consuming as much as possible,” she smiled.

“As an audience member, you have an excellent nose for what works and what doesn’t. Her comments on my latest movies were spot on. She said that Ratsasan and FIR would be hits, and they were. She said that Silukkuvarupatti Singam would work well in centers B and C and that was also correct. I really value her opinion. But, I have always narrated the stories of my upcoming movies to the people around me to get feedback from it. I think this is the best way to gauge if something will work or not. This also gives room for improvement. I also do previews of my movies before release to get audience feedback and make changes if necessary. In fact, I have shown Gatta Kusthi six times to people during its production.”

Bidding farewell, Vishnu says, “I want to make movies that appeal to all people; tell good stories. Although I mainly work in Tamil cinema, I want to make films that have universal appeal. Gatta Kusthi will also work with the Telugu audience thanks to the story of him.”